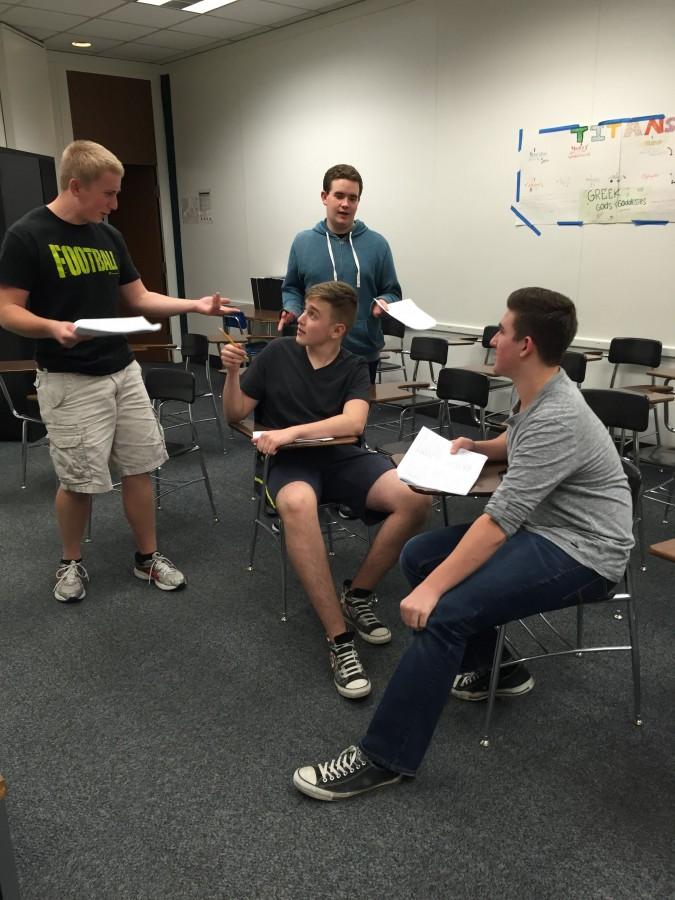 December is only a few days away, and the temperatures have already begun to plummet. To most, this season is far from ideal. However, to the thespians of BG, this season brings an opportunity to take on leadership roles not typically available to BG students. They find this in the annual One Act Shows.

A part of BG’s theater community since 2006, One Acts provide a chance for student directors to step up and direct their very own theatrical skits. These skits are often short and unlike other theatrical productions’ throughout the year, entirely student–run.

“I really enjoy acting and writing, and this is a perfect opportunity to combine both of these loves,” senior student director Sage Shemroske said. “This also allows me to gain experience as a director, a role I’ve never taken on before.”

As one of three student directors, Shemroske is directing a comedic skit called “Hello, 911?” which revolves around a girl who calls 911 because she is bored and wants somebody to talk to. The skit was entirely cast by Shemroske, illustrating the freedom that the show provides to the students involved.

“I like that the One Acts are student directed because students get the experience of being responsible,” theater director Lauren Stenzel said.

With independence come inevitable struggles. According to senior student director Aura Ciungan, the road to One Acts hasn’t been easy and she admits there have been a few bumps along the way.

“A big challenge is definitely finding days for rehearsals,” Ciungan said. “Everyone has busy schedules because of teams, clubs and other extracurriculars that the students are a part of.”

The show got off to a late start as auditions weren’t held until Nov. 12; thus creating a short time frame to cast, memorize lines, block and prepare. However, Shemroske isn’t worried with the time crunch and is positive that everything will come together as planned.

“I’m confident in the people I’m working with,” Shemroske said. “Seeing the show fall into place is very satisfying.”

This year’s One Acts will take place on Dec. 12 in the BG Community Room and will feature three student–produced skits directed by Shemroske, Ciungan and senior Shannon Brennan.

“One Acts are a great way to get involved with theater at BG,” Shemroske said. “I love being a part of something so amazing.”