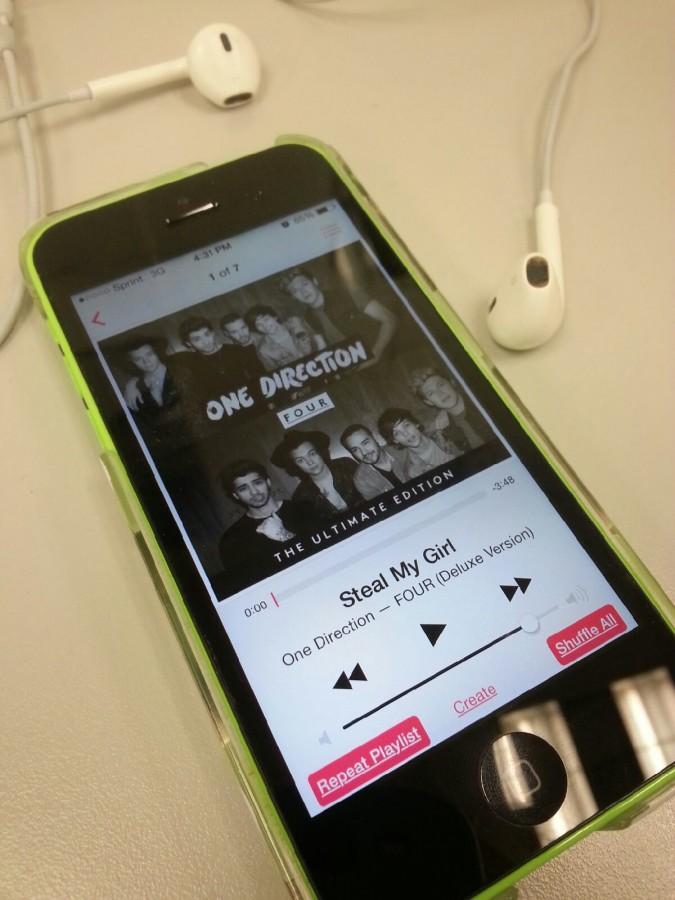 "Steal My Girl" as featured in "FOUR."

It’s no secret that One Direction has had a quick rise to success since placing third on “The X Factor UK” in 2010. Since then, the band has released three chart–topping records and sold out countless stadiums across the world.

Since the band is always on the road, some may assume that they do not posses the ability to produce a high–quality record year after year, but, as always, they have beaten the odds and released a record that far–surpasses all of their others thus far.

One Direction’s “FOUR,” released on Nov. 17, is a pivital album for more reasons than just

one. “FOUR” showcases One Direction’s ability to fire up the largest group of fans on the virtual circuit and still maintain their musical quality. It signifies the fourth year of the band being together, as well as their fourth album.

Not only that, but “FOUR” has also hit number one on the iTunes pre–order chart within 24 hours of its announcement, and the free, one–day release of the track “Fireproof” skyrocketed the song through the top ten all the way to number one. That is a sure–fire sign that their popularity has to do with the quality of their music, not their faces.

So long to the stripe–clad teenage boys behind the catchy pop hit “What Makes You Beautiful.” Harry, Louis, Liam, Niall and Zayn have taken it upon themselves to use this album to transition themselves to a more mature style of music. Instead of taking a pop/rock approach, this album is softer, more indie and “less in your face,” to quote Liam Payne in an interview with Yahoo.

Most speculations about boybands in this day and age  imply that none of the members write their own music. However, the vast majority of “FOUR” was, in fact, written by the members of One Direction, particularly Liam and Louis.

As any music junkie would be able to tell, “FOUR” flows and ebbs with raw and real emotions and experiences. One of the tracks on the album, “18,” expresses a yearning for the one you loved in your teenage years to be right there beside you again. The soft, melodious background puts the listener at ease, especially those in need of relaxation.

However, the boys do bring back a similar vibe to their previous album, “Midnight Memories.” The second track on the album, “Ready to Run,” sounds like it was heavily influenced by the beat of the band’s well–known single, “Story of My Life,” and the song “Where Do Broken Hearts Go” is reminiscent of the last album’s rock–inspired feel.

In all honesty, this album deserves special recognition, and it isn’t just because they’re currently the biggest boyband on the planet. The guys decided to change things up and go in their own direction musically. A lot of times that doesn’t work for artists, but it certainly worked for them.

They managed to take a new sound under their wings and made it work perfectly. If people unfamiliar with One Direction’s music listened to a track from “FOUR,” they would think the boys were veterans of this new indie style.

One Direction has been at the top of the music industry for the past four years, and they’ve never let their fans down with the quality of their music. The unsurprising success of “FOUR” has proven once again that they are here to stay for as long as they see fit.