Happily never after? It doesn’t have to be 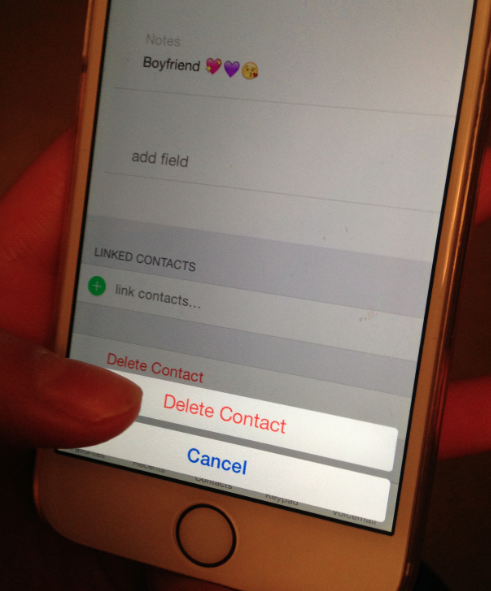 To be friends, or not to be friends, that is the question. Sadly, this is the conflict that many ex-couples face immediately after a breakup. Though some individuals seem to find being friends with an ex-boyfriend or ex-girlfriend virtually impossible, in reality, it is very possible.

Before I continue, let me clarify one thing: not every situation is the same. Therefore, after certain breakups it may not be healthy to stay friends. But, for the majority of teen relationships, breakups are inevitable and happen as a result of natural causes.

There is a common mentality that if a couple splits, it is best to cut off all contact. Often, this is in order to avoid awkward conversations or simply because this is the “normal” thing to do.

I’m not saying the two individuals have to be best friends. Obviously, certain things can’t go back to the way they used to be. What I am saying is that the ex-couple doesn’t have to go out of it’s way to avoid each other.

There is something that brought the couple together. Whether it be common interests, easy conversations or laughter, these qualities make up a good friendship as well. Therefore, it is very possible to remain in the same friend group and spend time with one another after a breakup. Or, if the two individuals are in different friend groups, it’s not a crime to smile or say hi to each other in the hallway.

Being in the same room as your ex is not as horrible at it may seem. However, choosing to make a big deal of things is when things get awkward.

Breakups are a normal part of life and should not be treated as the end of the world. It’s not worth putting in time and energy to avoid contact with an ex, especially since a high school is only so big and it’s inevitable to run into him or her every once in a while. So, instead of focusing on how angry you think you are at the other individual, focus on the things that will matter years from now. Wasting time being angry and awkward isn’t fun for either of you, so why not just avoid it completely?