Selfies and selfie accesories begin to cause issues worldwide 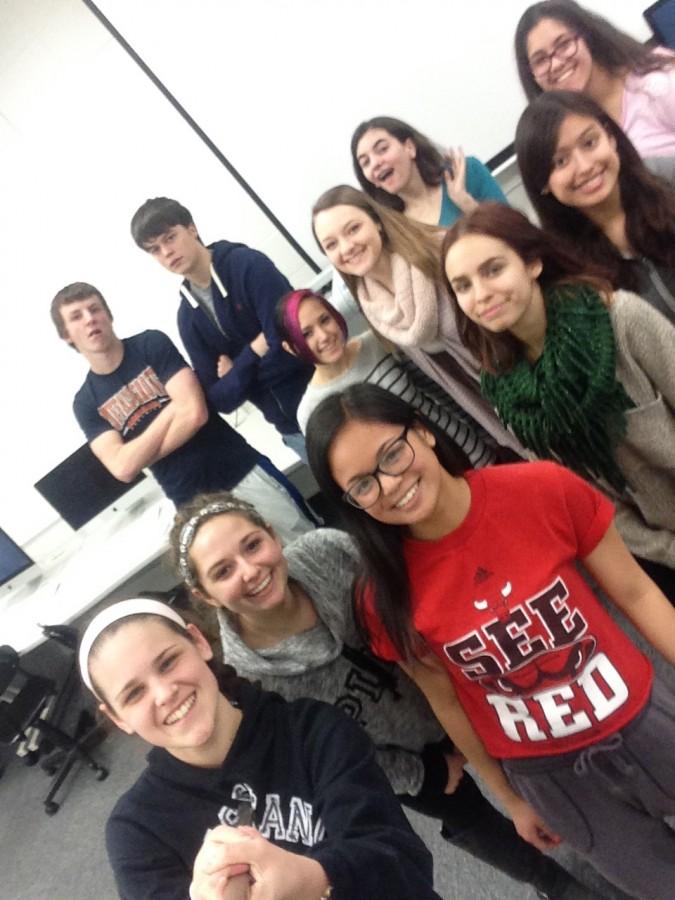 A new fad, along with the selfie, has made its way to the U.S. The Selfie Stick is a device that  allows individuals to take selfies and other photos at various angles.

The phone or camera is placed at the end of the stick and the operator can extend the stick to the distance of their pleasing.

The stick ranges in prices between $10–$20 on Ebay. All versions of the stick have the same operation, but some may vary in length.

“I find the stick useful because I can fit a lot of people into one picture,” Junior Jaymee Baron said. “It’s very simple to work and a lot of fun to use.”

More popular than the stick is the actual selfie. According to Merriam-Webster Dictionary, a selfie is defined as an image of oneself taken by oneself using a digital camera, especially for posting on social networks. The trend has also become very big at BG, as it is the theme of this year’s yearbook.

“The staff thought it would be a cool idea to incorporate selfies throughout the book without over doing it,” Yearbook advisor Matthew Branham said. “Selfies are a big part of this generation so we figured we would take advantage of that. So far we have received a lot of support from the student body and staff who have contributed to our @BGSelfies twitter account.”

Recently the selfie and the Selfie Stick have been an area for conflict around the globe.

According to Billboard Music, the Selfie Stick has been banned at famous concert venues in the United Kingdom such as the famous O2 arena.

“I find that somewhat ridiculous,” Baron said. “The stick is just used for taking pictures so it’s pretty much harmless. I don’t think banning the stick is necessary.”

U.S. states have also gotten involved in banning selfies in public facilities. According to the British Broadcasting Company, the state of New York has banned taking selfies with tigers or large cats.

If this law is violated, the person involved with the incident can be charged between $500-$1,000. According to Branham, banning selfies would just create more of a reason to take them.

“Taking selfies can be ridiculous and immature, but if they aren’t hurting anybody, there is no reason to put a restriction on it,” Branham said. “People have the right to express themselves, and that should not be taken away.”

Religious practices have also gotten involved with the banishment of selfies. According to Yahoo News,The Hajj in Mecca, which is considered the centerstone of the Islamic religion, has banned any use of selfies. Prominent scholars and clerics of the religion have stated that the taking of selfies goes against the Islamic principle of modesty.

While most agree banning selfies all together is a little dramatic,There is an understanding in banning them in places of worship.

“I think it’s okay to ban selfies in religious places, such as Mecca because it’s supposed to be a sanctuary that means something,” junior  Kate Eaton said.

While selfies and Selfie Sticks may be causing issues in certain places, the majority of people are still going to take the pictures they want to take.

“ I don’t think people should be taking selfies when they are operating heavy machinery,” Branham said.  “As far as selfies being banned in general, I feel that is a battle that will be hard to win.”