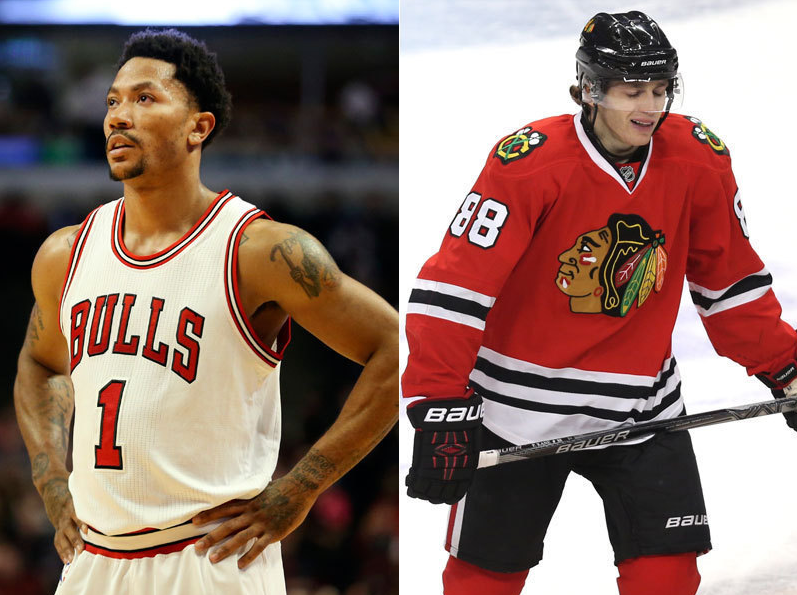 Just two days ago, Chicago sports fans were left with faces of despair when tragic injuries left dramatic impacts on their beloved teams. Key players for the Bulls and the Blackhawks will be out for a significant length time, specifically Bulls star Derrick Rose and Hawks playmaking-winger Patrick Kane.

On Tuesday, the Chicago Bulls announced that Rose will be receiving his third major knee surgery since joining the Bulls in order to repair a torn meniscus. The tear occurred on Monday night against the Milwaukee Bucks, during which, despite playing through the pain, his performance was visibly affected. On that same night, Patrick Kane broke his collarbone after receiving a hit in the second period against the Florida Panthers.

Both players absences will have a huge effect on the teams play for the upcoming weeks. They are losing players who have the ability to score in any given moment of a game, and players whose hearts drive their teams to success.

Although fans are familiar with injuries occurring like this, many are recovering with the importance of these specific two. It will make for an exciting regular season finish and a scary process of seeing whether these athletes will be available for the playoffs.

While both players are key to their teams, Hawks fan may have a bit more to worry about. In a tough central division battle, the Hawks will need every bit of firepower they have, and taking away Kane is like taking away one’s artillery. While the bulls may fight through it with key players Pau Gasol, Jimmy Butler and Joakim Noah, the Hawks need a playmaker like Kane on their second line.

For these two injuries to occur on the same night was like a punch to the gut of Chicago fans. All the air taken out of one’s stomach, or in this case hopes for a playoff run, may have just run out.