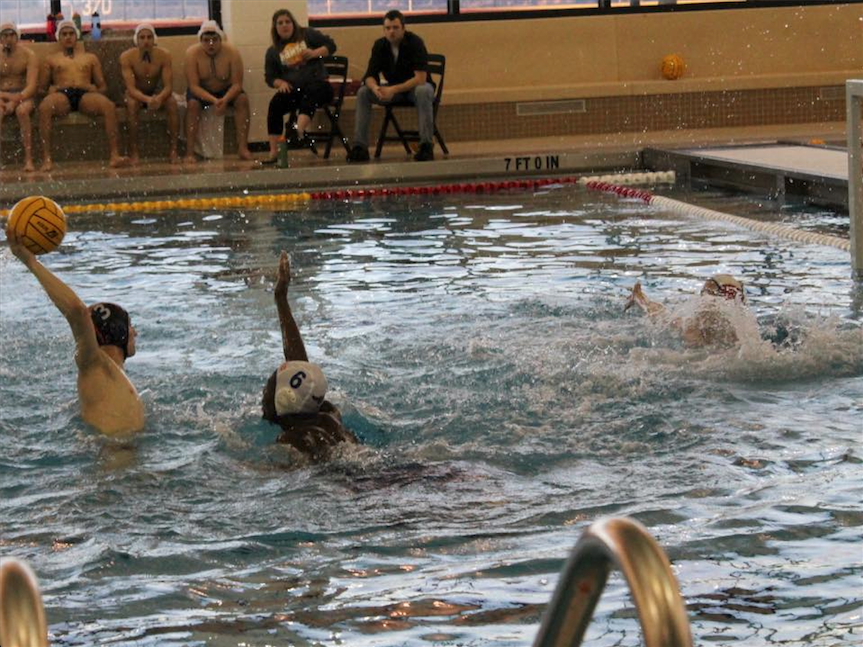 On Wednesday, boys water polo team took on Hoffman Estates in the first game of the season and the first game in BG’s new Natatorium. The game was a high-scoring one, with a combined 26 goals scored. In the end, the Bison walked away with a crushing victory, winning 16-10.

“We had some positive things happen in this game, and we have some things to work on,” head coach Scott Kopecky said. “[Hoffman Estates] team had two good players, so throughout the game, we adjusted our play to deal with those two. Overall, we had a pretty good game.”

Throughout the match, goaltender junior Anthony Murat made some big saves to that enabled the team to maintain its strong lead.

“I’m pretty happy with my performance tonight,” Murat said. “There were some shots I should’ve blocked, but, overall, I did well for my first game of the season.”

Although BG was able to establish a comfortable lead against its opponent, Hoffman was still able to put ten goals up on the scoreboard. According to Kopecky, while the team was successful at shutting down Hoffman’s two skilled players, it needed to pick up the opposing team’s players faster and adapt to changes in Hoffman Estates’ style of play.

The first game of the season was a new experience for some players. Sophomore Anthony Sorgani played his first game as an All-Varsity starter, playing permanently with the varsity team this season. He finished the game with four goals and two assists.

“Coming from a JV starter last year and an occasional varsity sub, “I enjoyed the challenge of starting with my Varsity squad,” Sorgani said. “Today, we just let our energy and idea’s create goal scoring opportunities for all of us.”

Overall, the win in the new pool was just more then a victory. The team

feels that this win is the beginning of a legacy in BG’s new multi-million dollar pool.

“After a long season full of late-night bus rides to and from Palatine, playing in our new, all deep pool is rewarding,” Sorgani said. “We finally have a home again, and we can use our first win  as a spark for the rest of this season, or even  the future of Bison Polo.”

With this win, the Bison tie for first place in the MSL East with Hersey with a 1-0 record. The team will next play Wheeling at its home pool on Monday.