BG and Lifesource save lives one pint at a time 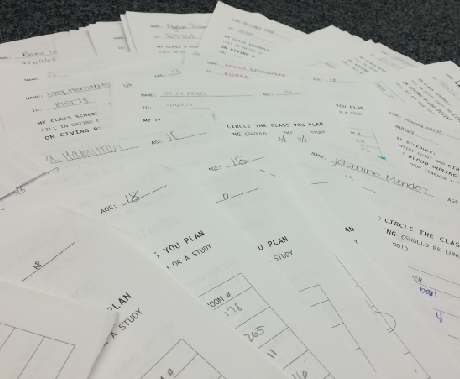 Red Cross Awareness month is the month dedicated to donating blood to those who need it, and BG and LifeSource have teamed up once again  to host the annual blood drive. On March 19, students (16 and older) and staff donated blood during a chosen period throughout the day.

The need for blood donations are an everyday vitality for people everywhere. According to Aultman Blood Center, without blood transfusions, 4.5 million people would die each year. In less than an hour, one can donate blood that will help cancer patients, premature babies, victims of tragic accidents and people going through surgeries.

The blood donation process has many specifications when it comes to blood donor qualifications. Those running the event must ensure that the blood being donated is healthy. This includes restricting donors who have traveled to a malaria–endemic area within the last three years from donating. Blood must also be disease–, antibiotic–, and infection–free. To some people, this may seem overwhelming, but the senior Class Board was around to help the process go smoothly.

Donating, when done correctly, is a safe procedure. Many fears that come along with donating are not as blood–curdling as people make them out to be.

“The process itself is quite unique,”  junior Richard Gray said. “If you do find yourself donating, drink lots of fluids so [the nurses] won’t have to reinsert the needle like they had to with me. When they insert the needle, the pain isn’t as bad as you think it’s going to be.”

Not only are there benefits for patients who receive the blood, but to those who donate it as well. According to the American Journal Of Epidemiology, blood donors are 88 percent less likely to suffer a heart attack after donating as donating blood improves the blood flow. When someone donates blood, he or she also gets a mini–check up to make sure donating blood won’t be harmful. Donating blood can also balance iron levels, which is beneficial in the long run. Overall, donating blood doesn’t just help others, it helps the donor.

“I encourage others to donate because it’s a good way to support a great cause and potentially saves lives,” junior Dana Benitez said. “ It’s a nerve–wracking experience, I think, but it’s worth it.”

Donating blood is a decision that may change someone’s life for the better. Just like donating hair to create wigs for cancer patients, donating blood helps those who are in need. This month, Red Cross Awareness Month, BG and LifeSource gave students and staff the opportunity to change the lives of others.

“The day of the drive, you should be well rested and hydrated,” senior Class Board sponsor Jarred Maddox said. “A nurse will take your vitals and ask you questions to ensure you can safely donate blood. Occasionally, students are deemed to be unfit, and this is normal.”