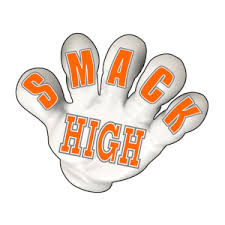 Smack High is a source to compete with other schools.

High school sports are competitive in all aspects, including that of the fan base. Recently, the fans have taken this competitiveness to the world of social media. The Twitter account,

@SmackHighIL, is specifically designed for students of varying high schools around the state to talk “smack” to each other and support their own schools.

While the account promotes talking “smack” to rival schools, there are still guidelines that those eager to submit must follow.

“The tweets posted to the account need to be appropriate and cannot bully anyone,” sophomore and BG Smack High representative Nick Guerin said. “However, tweets can be posted about someone if it has to do with their accomplishments (i.e.winning State).”

Guerin’s position at Smack High consists of receiving tweets about various events happening at BG and tweeting them out on the state account. According to Guerin, he does not find difficulty with his job. Due to his constant activity on Twitter, he usually notices quickly if something needs to be tweeted out.

Overall, the account has mixed views. Some see it as a forum to represent  school spirit, while others see it as an area of social conflict. Many of the tweets are considered insulting, downgrading or just plain mean. There are guidelines that are applied, but that doesn’t stop a tweet from offending someone.

“Personally, I don’t like the idea of being able to say anything in anonymity,” head football coach Michael DiMatteo said. “It breeds cowardice when one is not responsible for what is said, or in this case, tweeted. In addition, too many bad and truly disrespectful things are said that cross the line.”

While the account has received criticism, a sense of school spirit has been brought out as well. Guerin even admits to feeling more interested in school events since becoming involved in the account.

“Since I have been a part of this account, I definitely stay more updated on what is going on within the school,” Guerin said. “I like to know what is going on so if something interesting is going on, I can immediately get it out to 38,000 people.”

The school spirit being brought by the account has a strong impact on athletic teams themselves. DiMatteo has seen school rivalries ramp up the student body and bring energy to various games between rivals.

While some might not think this type of trash–talking affects the game, athletes seem to be strongly impacted by the response of fans at the games or over social media.

Overall, the BG student body has supported the account and has seemed to enjoy it. The account adds more to the excitement of cheering on your school’s athletic teams and going up against close rivals.

“School rivalry is one of the best parts of being a fan and a player,” Dekorsi said. “It makes the games much more exciting and intense.”