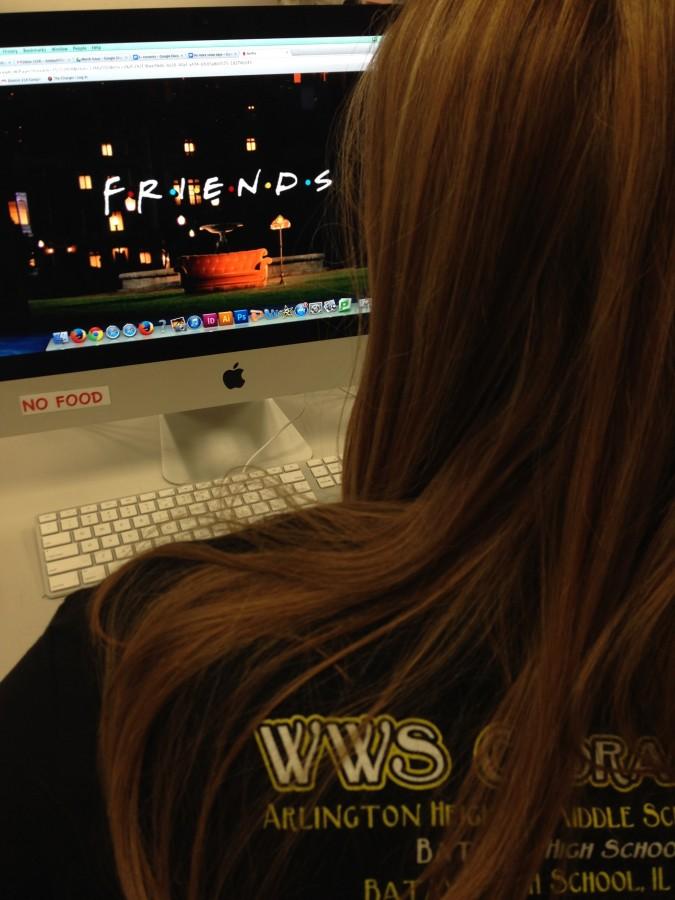 In today’s era of new, bad television shows like those now on Disney Channel and Nickelodeon, Netflix steps in to save the day. The shows that have filled the time slot for old classics like “Fresh Prince of Bel-Air” and “That’s So Raven” have nothing on the older generation. Now, we can enjoy the best on Netflix.

One of my personal favorites, if somewhat cliche, is “Friends” (1994-2004). The show follows the lives of six best friends living in New York and features quirky schemes and easily quotable lines. Lines like “Pivot” and “We were on a break!” easily slip into daily conversations.

If you’re someone who loves “Friends,” another great show to binge is “How I Met Your Mother”  (2005-2014). Very similar to “Friends,” “HIMYM” showcases the lives of five best friends (through nine seasons) as Ted retells the story to his kids about how he met his wife. Each episode adds new twists, which all wraps up into a shocking ending.

The best  aspects about these two shows is that they are real. They have realistic characters with realistic problems in realistic circumstances. And the shows have genuine humor. The combination of snide comments and relationship developments make these shows comedic gold.

Junior Carter Weiss is a fan of both shows and has watched each show from start to finish.

“My favorite part  about the shows are the characters,” Weiss said. “They’re relatable. The shows do a nice job of creating the bonds between characters. It adds a certain depth to the show.”

Senior Carolina Mejia started watching “Friends” through the easy accessibility of Netflix. She had seen a few reruns but did not get into the show until later.

“I would hear everyone talking about the show, “Friends,’” Mejia said. “I decided to look it up to see what it was about.”

“Recent show don’t really have a point,” Mejia said. “They [“Friends”] show you an episode and they have nothing to do for it. At the end of each Friends episode there’s a moral, and I like that about the show.”

Another favorite on Netflix is Psych (2006-2014). Counselor Lily Justiniano said she enjoys watching Psych in her spare time.

“It’s nice because I can watch it, but do other things at the same time,” Justiniano said. “The friendships on the show are hilarious.”

For some other good, if old, shows to watch on Netlfix are House M.D., Golden Girls, The Wonder Years, One Tree Hill, Gilmore Girls and the Hills to name a few.

“The shows today are very focused on the present,” Weiss said. “These older shows teach life lessons that can be applied anywhere. Their comedy worked 10 years in the past and will work 10 years into the future.”