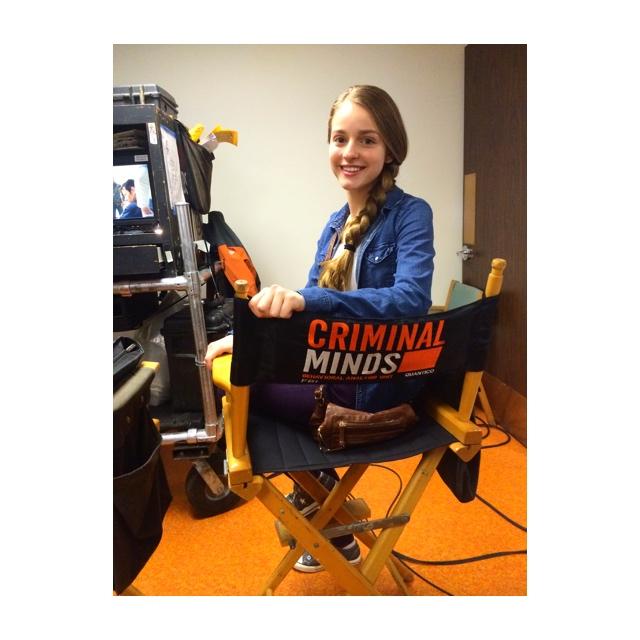 Freshman Jacqueline Scislowski is your average teenager. She goes to school, participates in extracurricular activities and does her homework every night.

However, one thing drastically sets J. Scislowski apart from the rest of the BG population; her Hollywood acting career.

J. Scislowski was introduced to acting at the age of three. She entered the industry alongside her older brother, senior Matt Scislowski.

For a while, the duo booked local student films, print jobs and commercials. However, M. Scislowski eventually turned his attention to other activities, while  J. Scislowski continued the journey through the industry on her own.

“For me it was just a hobby,” M. Scislowski said. “I found things that I liked better. If you’re not doing it out of enjoyment, it’s really not worth it. It takes up a lot of time and it’s expensive.”

When she was in eighth grade, J. Scislowski and her mother picked up their belongings and moved to the one place where J. Scislowski had the potential to make it big: Hollywood.

Once there, she was constantly auditioning for everything her manager threw her way. Sometimes, this meant that J. Scislowski attended upwards of two or three auditions per day, some of which for major networks such as Disney Channel and Nickelodeon.

As a result of her work ethic, J. Scislowski has received opportunities to work alongside famous Hollywood actors in major Blockbuster motion pictures, such as “Man of Steel,” and popular TV shows such as “Criminal Minds.”

“The nicest guy [on the cast of Criminal minds] was Matthew [Gray Gubler],” J. Scislowski said. “When we weren’t taping, he was on the side just jump roping. It was so funny.”

In addition to the stars J. Scislowski has met on the set, she’s run into her fair share of celebrities off the set.

“One time, I actually ran into Usher leaving a restaurant,” J. Scislowski said. “My mom told me to go get a picture, but I saw a huge bodyguard next to him and was like ‘yeah, I don’t think so.’”

However, following her dreams didn’t mean that J. Scislowski was exempt from high school. While dedicating her time to the industry, J. Scislowski had to make sure she kept on top of her school work. She participated in an online program called K12, fitting in schoolwork whenever she had free time in her schedule.

After spending 10 months in California, it was time for J. Scislowski to come home. Her brother would soon be starting his senior year at BG, and the Scislowski family wanted to spend one last year together before M. Scislowski went off to college.

As a result, J. Scislowski began her freshman year at BG this past August. However, she still continues to audition for various projects and hasn’t given up on her acting ambitions.

“To anyone trying to break into the business, I would just say ‘be yourself,’” J. Scislowski said. “If it’s something you want to do, you have to make a lot of sacrifices and put your heart into it. You’ll get 300 ‘no’s’ before you get one ‘yes.’”