Greek Life: to Rush or not to Rush? 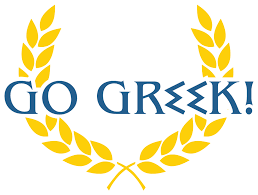 It’s that time of year again: April 30. In less than 24 hours, the entire senior class will come to school decked in the garb of each person’s future alma mater. An important decision when picking a college is the aspect of Greek life (or lack thereof). As a girl, I’m undecided, and he’s why:

Ranking: In high school, everyone knows who the popular group is. For me, college is that chance to eliminate those groups, and eliminate any inherent feelings of inferiority. Who knows who’s cool when there’s 18,000 people, right? But Greek Life brings all those back, and, even worse, they’re literally delineated by sorority title. PLUS, rush is based off of looks and heritage… so it’s not even like the hierarchy is based on legitimate values.
Commitment: In sororities, there are boatloads of time commitments. From numeric points values associated with the amount of events you attend, to actually living in the house sophomore, from feeling guilty about missing out, it’s a big deal. If you’ve got a rigorous course load or plan to get involved in other clubs and activities, that might just be too much to handle.

Instant friends: Joining a sorority is like signing up for over a hundred new potential friends. While you may not get along with everyone, chances are, you’ll find a big group of close friends that you’ll be able to see frequently. Imagine that, having over 100 people to comfort you when you’re sad or being able to choose from over 100 people to help you study for that Calculus test. If making friends is a big part of freshman year, Greek life has you covered.
Opportunities: Regardless of sorority label, Greek life is interconnected. Sororities plan events with other sororities, and they plan events with fraternities as well. So, essentially, being a part of Greek life is like an automatic invitation to triple the parties and dances. Sure, anyone can go to open fraternity parties anyway. But barn dances are group invite-only… and barn dances are, supposedly, a blast.