The fives stages of mourning the end of a relationship 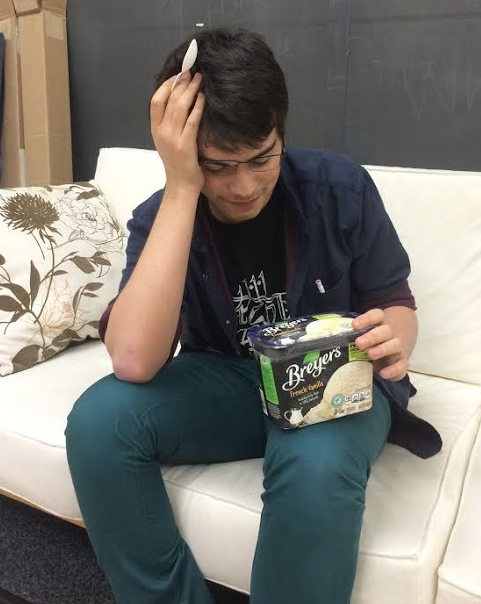 A student mourns his breakup.

At the T.O.H (Time of heartbreak), it may seem like the only thing you’d rather feel is nothing at all. However, experiencing an emotional roller coaster over time is healthy and important in order to move on. Similar to many other upsetting events, moving on from a breakup involves its own “five stages of grief.” Going through those stages allow us to mourn and eventually pick ourselves up again.
1. Denial
After being so close to someone, it’s hard to go about your day as though the relationship is really over.  Usually this means telling yourself that it’s just a phase that the other person is going through and they’ll eventually come back. Whether you’re waiting for that crucial text or trying to communicate with them, denial is usually the stage that is rooted with false hope. Instead of giving into those late night texts, texting a friend about the breakup or changing your relationship status on facebook may help it become more real. Even if it may be painful at first, getting rid of pictures and text messages makes it easier to come to a state where your breakup is final and real.

Anger
While I’m not condoning talking negatively about your ex, experiencing anger is healthy. Anger needs to be managed and released in a positive way. Being angry isn’t wrong; staying angry is the problem. Usually staying angry is the result of not letting all of it out. Whether it’s throwing plates at a wall (places to do that actually exist), or just writing down all your feelings, anger is meant to be released in order to come to a state where you’re no longer angry, but perhaps forgiving. You may be angry that someone broke your heart, but just like you’re allowed to let someone down, so are they.
3. Bargaining
Bargaining usually goes hand-in-hand with denial, when you try to compromise with your ex. There may be a pretty reasonable reason a relationship ended, but no matter what you say, it may not be fixable. In order to move on, you need to understand that bargaining is just another word for settling. If you promise someone to stop hanging out with your friends so much, you’re giving up something that’s important to you. An end to a relationship doesn’t mean that something’s wrong with you, it just means that you and the other person were not meant for each other. The point of a relationships is to learn about yourself, and what you’re looking for in a partner. If you can learn and grow from a breakup, changing yourself shouldn’t be an option.
4. Depression
This stage is probably the most cliché stage of all: watching chick flicks, binge eating, crying uncontrollably, etc. Being upset as a result of a breakup is more than normal. One may think that missing a day of work or school to let it all out is dramatic, but it may be necessary. Just like anger, it’s better to let it all out than to carry that sadness with you for too long. Once you have let it all out, it’s important to put yourself back out there. Don’t find a rebound, but go back to doing what you love whether it’s a hobby or exercise. It’ll make you start to feel like yourself and you’ll avoid that deep hole that many people who fail to surpass this stage get stuck in.
5. Acceptance
When you accept a breakup, that doesn’t mean you don’t think about it anymore. It simply means that you don’t let it stop you from being the best you can be for yourself and for others. It’s not easy to get to this stage, and it’s not fair to yourself or others to start dating until you’ve truly accepted the breakup. Acceptance means that you no longer miss or hate the other person. It especially means that you’ve learned what you needed to in order to create successful relationships in the future. Relationships are learning experiences, and unfortunately, sometimes they end. In the long run, it’s for the best if they allow you to open up a place in your heart for the ones who love you and you love in return.