Dark horses of the NFL season 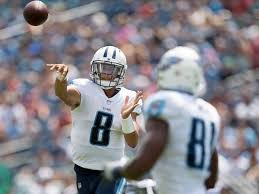 This is the year for this Oregon product to explode. His numbers have been silently climbing for the last two years, and the Titans have been becoming very deep in terms of receivers. Mariota can tuck and run if he needs to, and that will for sure make his numbers go through the roof.

You’ve never heard his name before but I am sure you will. Behind an offensive line that has produced beasts such as Spencer Ware and Jamaal Charles, be ready for this Ohio native to burst onto the scene. I expect Hunt to finish in the top 10 among all running backs this season, and if things go as planned he could fall among the names of Bell and Howard. He’s currently sitting on most waiver wires, so jump on the scene as soon as possible.

A veteran running back. Check. Projected best O-line in the NFL. Consistent season after consistent season for the last EIGHT YEARS. This is the year Blount should explode onto fantasy scoreboards.

We’ve seen quiet veterans blow up in past years, such as Jordan Matthews and Danny Woodhead, so don’t be surprised if this ends up becoming true.

That’s right. A Browns player is making the list. Kenny Britt has been one of the most consistent veterans in the NFL, racking up back to back 1,000 yard seasons on one of the most putrid teams. The Browns are expected to finish somewhere other than the bottom place in the NFL due to the rise of QB Deshone Kizer, expect Britt to be the #1 target for Kizer and rack up a solid amount of receptions.

You might not see a player that made quite a physical change since their rookie season as you will in DeVante Parker. From a slim 209 lbs and a lanky, not physical receiver as a rookie, Parker has gained 6 lbs and become a deadly jump ball candidate. Paired with a strong armed QB in Jay Cutler, who is familiar with Parker’s unique play style, as it is similar to Cutler’s former teammate Alshon Jeffery. Expect big numbers from Parker and his battle to become the number one receiver in Miami to star wideout Jarvis Landry.

If you think the name sounds familiar, it’s because Hooper caught a 19 yard pass from Matt Ryan in Super Bowl 51 to make it a 14-0 game. Matt Ryan, however, is coming off an MVP season and is showing no signs of slowing down. Jacob Tamme, the former starter, has been dropped by the team, so expect lots of receptions. On a team that loves to run the seam, expect numbers reminiscent of Rob Gronkowski in 2012.