Broadway’s development and growing fan base 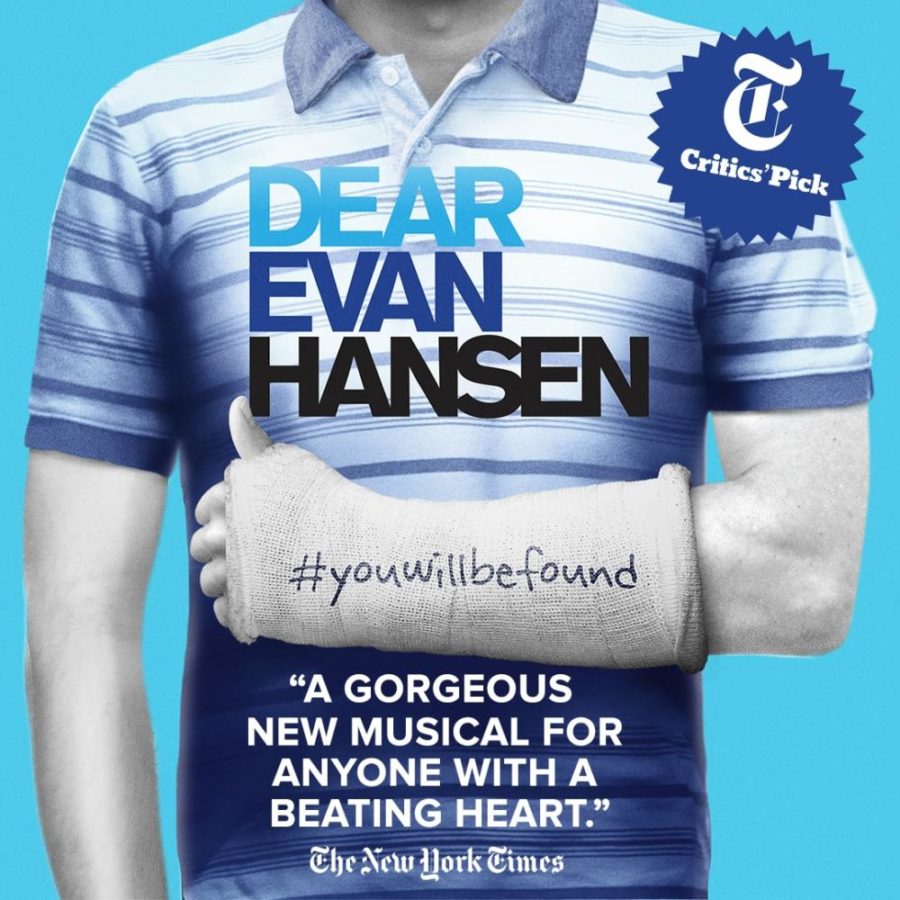 Over the years, Broadway musicals have begun to gain popularity, with their contemporary pop feel compared to the classic show tunes of last century. Whether this change is a positive or a negative, it’s up to the audiences.

“Musical theater has changed for the better because the shows that are being done and written are shows that relate to audiences on a concrete level. They ask questions and bring up every day issues,” English teacher Beth Wells said.

Tony winning “Dear Evan Hansen” has become a massive sensation. This show focuses on social media and mental illness as the title character Evan Hansen has social anxiety, and although Ben Platt, who portrays Evan Hansen, is leaving in Nov. 2017, audiences are still large.

“People are becoming more interested in Broadway because it’s rising on social media,” senior Henry Allan said. “Certain shows are trendy, and ‘Dear Evan Hansen’ even touches on the topic.”

Most of the world has access to the internet, and most musicals now have social media accounts for publicity. There are also other factors, such as illegal bootlegs that make watching a full Broadway show accessible to anyone. Theaters host lotteries for tickets, and it patrons come early in the morning, they can receive cheaper tickets for the day of the show, so theater isn’t exclusively for the wealthy. Another reason why musical theater is becoming more popular is because the actors and actresses are more involved. Social media helps these Broadway celebrities have a platform to communicate with their fans.

Charities like “Broadway Cares” or the “Broadway League Foundation” bring awareness to modern day issues, and Broadway actors perform for charity. There’s annual shows such as the Easter Bonnet Competition, where the Broadway community performs for a fundraiser.

There are also Broadway revivals that have brought back more fans. “Falsettos” was just in movie theaters this summer, and Eva Noblezada from the revival of “Miss Saigon” competed for a Tony with Bette Midler and Patti LuPone. Shows that are no longer being performed, like “Heathers” or “Be More Chill,” have also gained a larger fanbase through the internet. This could be because their plots surround high school and the songs are more relatable.

“People want to see themselves in the art,” Wells said. “We’re living in a time where people don’t just want to be entertained, they want to be challenged.”

More classical musicals, like “American in Paris,” a classical tap musical, are written to entertain their audiences. Meanwhile, shows like “Waitress” with more contemporary music don’t make you fall asleep, but also represent issues that people face everyday, like getting out of an abusive relationship or worrying about your daughter, and they give audiences hope that they can also overcome their own challenges.

Musical plots have drastically changed over time. When it comes classical Broadway musicals, like Sondheim or Gershwin, the intricate plots aren’t as relatable. For example, a story about a murderous barber might not be as relatable to casual Broadway fans compared to a musical about committing adultery.

Musicals like “Hamilton,” “In the Heights” and “Next to Normal” are written with a modern vibe, with rapping and rock music, similar to songs typically on the radio. Artists on the radio like Sara Bareilles or Green Day have contributed in creating popular musicals.

“Broadway trying to add new music styles to shows,” Drevline said. “They’re straying away from the classic full orchestra and styles like Sondheim.”

Sets and the technical aspect of Broadway have also drastically changed over the years. This is apparent in “Dear Evan Hansen,” as the set mainly consists of screens. Other shows, like “Natasha and Pierre: The Great Comet of 1812,” also used the idea of having a few pieces of furniture in their set, and then using actors and lighting to create a scene. The ensemble focused more on bringing a scene to life with their bodies and their relationships with other ensemble members rather than relying on giant set pieces.

Over the years, Broadway has clearly changed, as music and plots have developed. The theater community has grown, and fan bases are larger. Although, change is inevitable in our fast-paced society, so the fine arts have to stay current.

“Audiences see themselves in what’s happening in musicals,” Wells said. “The revival is that people are willing to invest in real experiences.”