Fashion statements go beyond appearance as avenue for protest 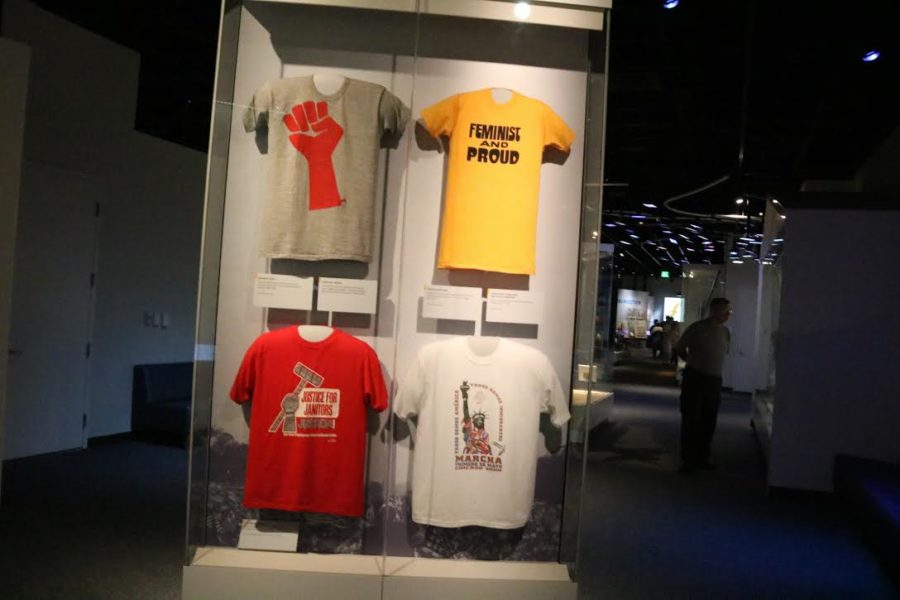 Protest has been displayed in many ways throughout the years. Whether it’s throwing tea into a harbor, marching outside a government building, or taking a knee during the national anthem, a bold statement is always made. Another demonstration considered unconventional, yet may be an overlooked tradition, is fashion.

“I think when you wear a statement it’s similar to the phrase ‘a picture says a thousand words,’” junior Caislin Pickett said. “People use fashion to speak for them and are being more brave with style, making them more brave in general.”

Fashion has remained a common form of protest, simultaneously evolving to fit current issues and trends. This has been represented throughout history, shown through hippie styles in the Vietnam War and flapper style during the 20’s. Now, fashion has yet again become an outlet for daring assertions in our era.

“I think people wear their beliefs because on some levels it feels very accessible and is a small step,” English teacher Cori White said. “To some people it’s not as risky as vocalization and they can’t articulate their views that way, so they wear it.”

Recent trends in protest fashion have been shown through Green Box Shop, an online store that prints graphic tees. The store has become very popular, even among celebrities, for its style and sayings, such as “why be racist, sexist, homophobic, or transphobic when you could just be quiet” and “grow trees, not armies”. The Pussycat Project that created pink knitted cat hats, was not only featured in the Women’s March on Washington, but also on a Milan runway.

“Fashion is portable, mobile and it doesn’t require ongoing effort throughout the day,” White said. “You can be quiet and make a statement varied to the intensity of the message.”

Now fashion may be more effective due to social media. Through hashtags, tweets and more, many people can spread trends with the click of a button. The Pussyhat Project was mainly mobilized through social media platforms like Facebook, Twitter, and Instagram. The hashtag spread the effort and style to people across the country.

“Social media allows your stance to be spread internet-wide,” fashion teacher, Ronna Pflanz said. “You are able to reach a much larger audience.”

Outside of everyday clothing, protest has become apparent on the runways. Chanel and Dior have chosen to embolden feminism with models toting signs saying “history is her story” and “women’s rights are more than alright” down runways and graphic tees saying “we should all be feminists”. Alexander McQueen has represented Scotland and England’s ugly history and and Walter Van Beirendonck has made anti-terrorist statements with the words “stop terrorising our world” on his clothing. Even the lack of clothing that PETA shows in campaigns against animal cruelty adds to protest in fashion or lack thereof.

“Many let clothes dictate what is important in society and while fashion has a lot of power, it only has much power as you give it,” Pickett said.

While these distinctive runways have brought more attention to the problems at hand, they have also brought more attention to their businesses, bringing their intentions into question. While one’s outfit may be making a statement, many may question their legitimacy. There’s something ironic about a human rights shirt that says “this is what a feminist looks like” made in a sweatshop.

“I think currently it’s a challenging and scary time that we live in and more people are feeling powerless,” White said. “Fashion is something we have some degree of control over.”

Fashion has seemed to remain a special part of our culture, not only for the appearance, but for their reflection of society’s beliefs. It is a silent statement, yet one that gains momentum.

“Fashion give you the ability to speak your mind, but not through words,” Pflanz said. “It is a more subtle, yet effective approach.”