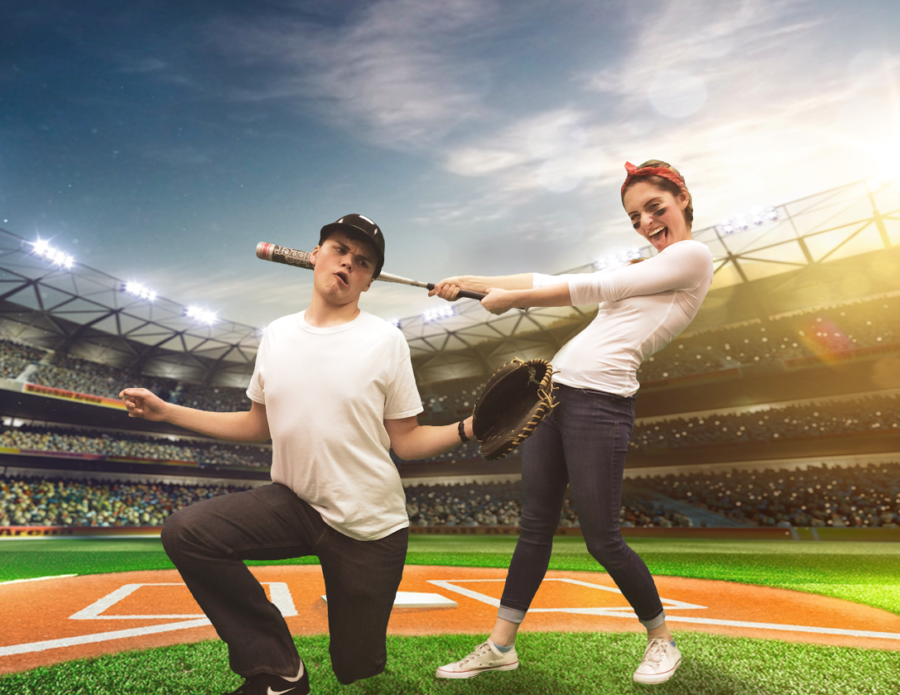 In a new twist to the fine arts program, English teachers Lauren Stenzel and Beth Wells have brought Comedy Sportz to the school theater. Originally a stage performance in Chicago, this kind of improvisation has gained new popularity with high schools. The competition will even eventually become a district wide competition later in the year.

Comedy Sportz, spelled with a z for the ultimate comedic effect, is a competition with a referee where two teams try to get the most applause from the audience using their improv skills.  After meeting with the Comedysportz Chicago teams and learning the basic tips and tricks of improv, the student performers practice their newly taught skills by partaking in the most diverse rehearsal experience they have ever been in.

“Our rehearsal is really just us playing improv games and interacting with each other, which is a lot different than usual play or musical rehearsals,” sophomore Abbey Finn said. “It’s really just a lot of game playing.”

The rehearsals don’t consist of any memorization, they are made up of improv exercises such as “Oscar Winning Moment” and “It’s not you it’s me” that teach the actors how to stretch out a performance without stalling or making it bland. Despite its name, Comedy Sportz has nothing to do with actual sports. The “Sportz” part of the name is attributed to it being a competition with a real referee who judges based on the improv performances.

“We teach and learn improv by being a team, which is where the ‘sportz’ part of our name comes from,” Stenzel said. “Improv is like giving a gift, so we teach the students how to work like an ensemble and make sure that the actors are prepared to pass along the act.”

The idea is to have it be a new kind of comedic winter show, something different and unique to include the entire district. The official Comedy Sportz referee decides the score based on laughs from the audience and success of the act. In the winter it will be BG versus Prospect.

Then in March, there will be a district wide competition. Hersey has been doing Comedy Sportz for years and the district has decided to try it out with other schools. However, while the concept of an improv show has been floating around in the minds of some hopeful students and staff, pulling it off is more difficult than they imagined since the concept is quite new to the fine arts program, who is used to taking a break in the winter to make way for yearly the Variety Shows.

“ Playing improv games is a lot of fun, and I know that theatre and comedy is something that the entire cast is very passionate about,” senior Michael Seyller said. “It is great to spend time with people who are passionate about the same things as you and are working towards a common goal.”

“One of the most important things I have learned from this show, and one of the most important parts of improv is that you need to ‘have fun and just go with it’,” Seyller said. “In improv, you can’t question what your other teammates will give you in regards to building a scene, therefore you have to just go with what they say and find a way to contribute to it and make it the most fun that you can.”