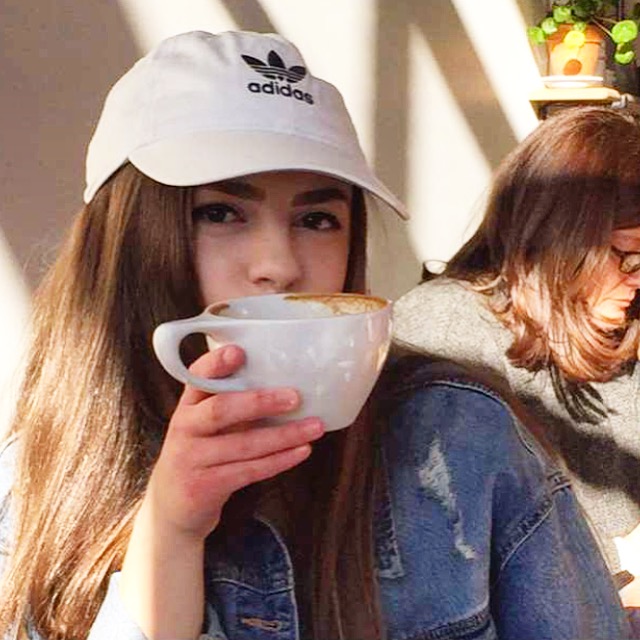 With hectic schedules and heavy workloads, it’s not uncommon to find coffee cups and energy drinks in the school cafeteria. With a Starbucks and Dunkin Donuts within walking distance to BG, caffeine has become easily accessible to both students and staff.

According to the website Caffeine Informer, many Starbucks “tall” drinks contain more than 100 milligrams of caffeine. A study by cardiologist Dr. Lucio Mos in Hospital of San Daniele del Friuli in Udine, Italy shows that there are higher risks of heart attacks in young students who drink coffee. But for some, caffeine is a necessity to get through the day.

“I used to drink only one cup a day,” senior Wafaa Osman said. “Now I drink two, going on to three even. It’s probably not that great of a solution to energy, but I’m used to it by now.”

It’s used as a substitute for energy, even though it’s a drug. Caffeine is a stimulant, which means that it prevents drowsiness and stimulates a part of the nervous system. The drug binds itself to adenosine receptors in our brain, which typically signals to our brains that we need sleep.

“Every day I have to have coffee,” junior Ella Ehrlich said. “It helps me stay awake and my body has gotten used to it.”

According to Mayo Clinic, when you begin to replace sleep with caffeine, it creates a difficult cycle. When you drink caffeine to stay awake during the day, it may cause you to lose sleep, causing you to you drink caffeine to stay awake the next day; it becomes an endless loop. The BG cafeteria also offers caffeinated drinks like Mountain Dew and Faygo, leaving students with easy access to the drug.

“It’s the easiest thing to turn to, in the sense that it’s easy to get provided with,” Osman said. “It can be made in different ways depending on people’s tastes like iced coffee or frappuccinos.”

The variety of flavors means that caffeine isn’t exclusively in coffee. Even though coffee is the main drink associated with the stimulant, there are several other ways to intake caffeine. Some soft drinks, including Monster Energy drinks and Diet Coke have high amounts of caffeine.

When it comes to caffeine consumption, teenagers are the biggest offenders. A study from the Nation Coffee Association shows that coffee intake in ages ranging from 13-18 is at an all time high of 37% in 2017.

“Cutting off of caffeine can lead to withdrawal symptoms like having difficulty focusing and being jittery,” science teacher Michael McPartlin said.

There are other aspects of drinking caffeinated beverages, such as the amount of sugar also in the drink. According to the Harvard school of Public Health, drinking sugary drinks can also lead to heart disease and diabetes. Although caffeine is used as an alternative to sleep, there are possibly healthier options if eight hours every night is impossible.

“A lot of it is psychological response. I’ve read that some people don’t drink coffee in the morning, but have a cold glass of water and that’s what works,” McPartlin said. “Tea is also a healthier and safer option.”