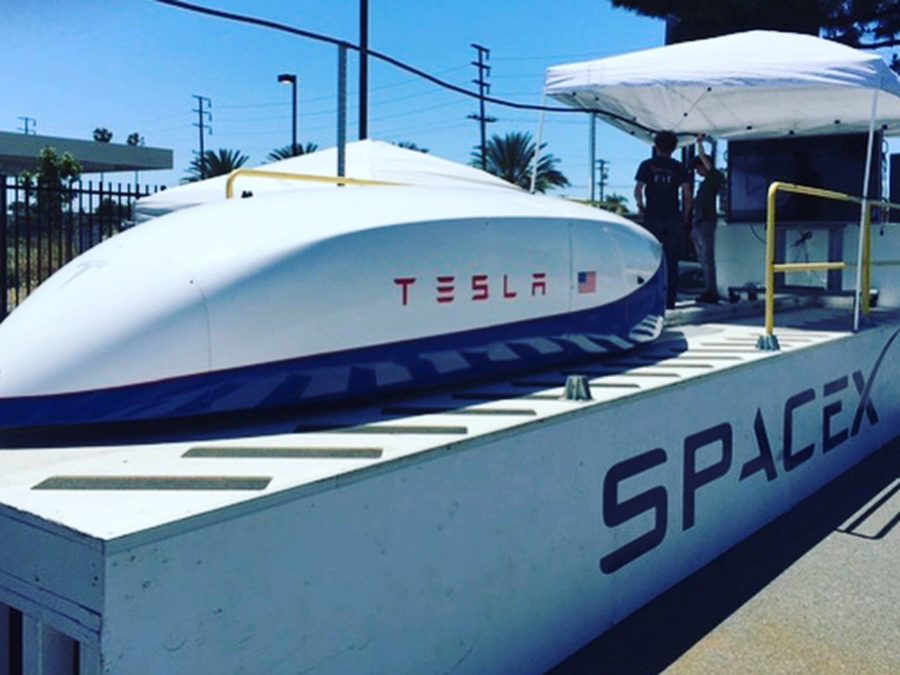 From the invention of the steam engine during the First Industrial Revolution to the Ford Model T, people have always tried to push transportation to the limit. Speed and lowering the effect on the environment tend to be the biggest goals in the transportation world, and pose the greatest issue in terms of common forms of transportation, such as cars and trains. Technology and business mogul Elon Musk, however, claims he has the answer.

“Hyperloop is such a cool system,” junior Emily Smith said. “It could really change the way people travel, as it’s way more convenient than driving or flying.”

Hyperloop is the newest of Musk’s ideas, adding on to the list of technological breakthroughs his companies, Tesla and SpaceX, have created. It consists of a tube like system that spans between major cities, and operates using reduced pressure tubes that ride on a combination of air compressors and induction motors; essentially creating an air hockey like floating effect in order to reduce friction and maximize speed.

“It’s a great concept,” Autos teacher Sean Murrin said. “My issue is that there are already so many train crashes at the speeds they’re currently at. I don’t think it’s safe to jump up to such high speeds while those issues are still prevalent.”

The original concept promoted by Musk boasted a design that could make the trip from Los Angeles to San Francisco in just 35 minutes, traveling up to speeds of 760 miles per hour (mph) making the 350 mile trip very manageable.

“Imagine if you could reduce a commute between two of the largest cities in the country to something less than an hour,” sophomore Sanskar Siddharth said. “It would benefit Californian college students so much, as they could live across the state and still commute every day.”

Musk’s promises have always been taken with a grain of salt in the tech industry, however. Although the model boasts a very impressive time, the highest numbers achieved so far in Tesla’s testing facility have been 220 mph. That number is well below other rapid modes of transportation, such as the bullet trains, or Shinkansen, in Japan, which have been clocked at a max speed of 375 mph.

Musk had earlier stated that a Tesla car would drive itself across the country requiring driver by October 2016. To this day, there has been no cross-country Tesla adventure, with the date being pushed back further and further.

“Musk makes a lot of promises that he doesn’t follow through on,” Smith said. “But I think the benefits from the innovations and the strides made by his companies far outweigh the unfulfilled promises he makes.”

Other issues with the idea are also raised in the practicality of the mission itself. The claim from the Tesla model states that a one way passenger ticket would cost just $20, the same trip costing $58 on a regular train line between LA and San Francisco. But some experts claim that that price would in no way cover such huge costs, especially with the expensive materials required to build such a thing.

“A lot of the project is still up in the air, but Musk has been able to amaze us with how far he’s come with technology in the past,” Siddharth said. “I wouldn’t bet against him.”

Musk’s accomplishments have been revolutionary in the tech world. Huge innovations like PayPal and web-based phone calls have all been the brainchildren of Musk. He invented the first ever fully electric self-driving car, and has just released the Tesla Model 3 for only $35,000, a price that no fully electric car has been even close to.

“Sometimes all an industry needs is forward thinkers like Musk,” Murrin said. “He’s taken steps forward that are going to change the course of technology forever.”