ADHD: More than a lack of attention

Disclaimer: This article should not be used as a tool for diagnosis. If you are concerned that you may be experiencing symptoms of ADHD, please talk to a parent, counselor, or medical professional. 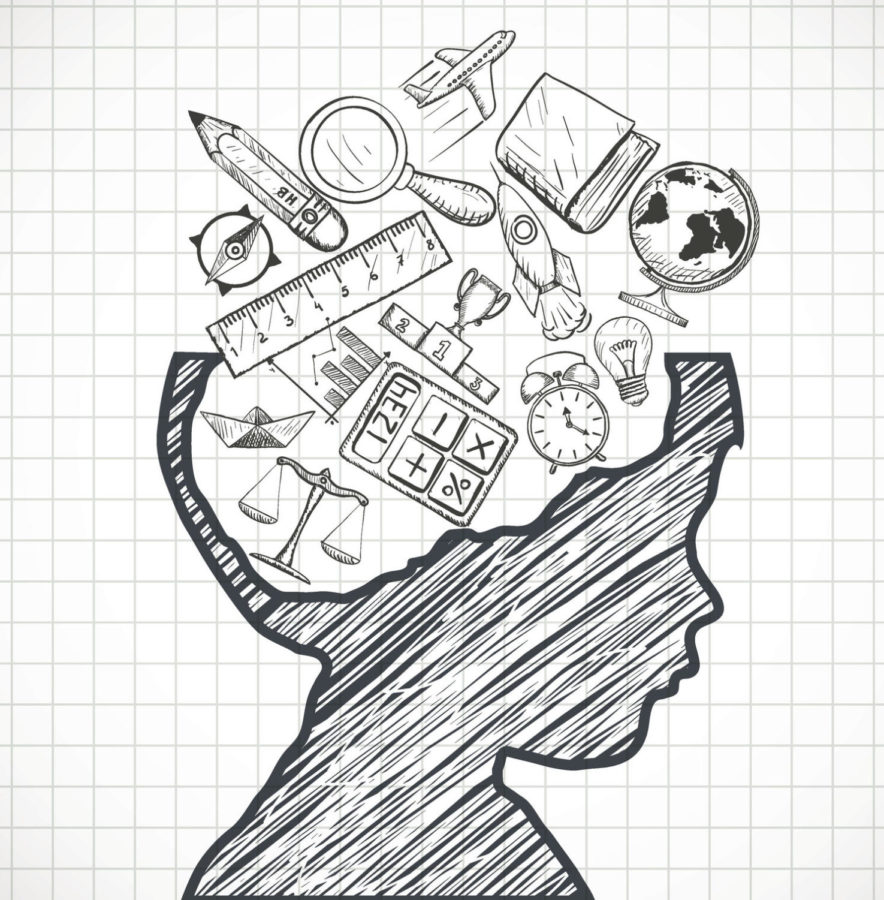 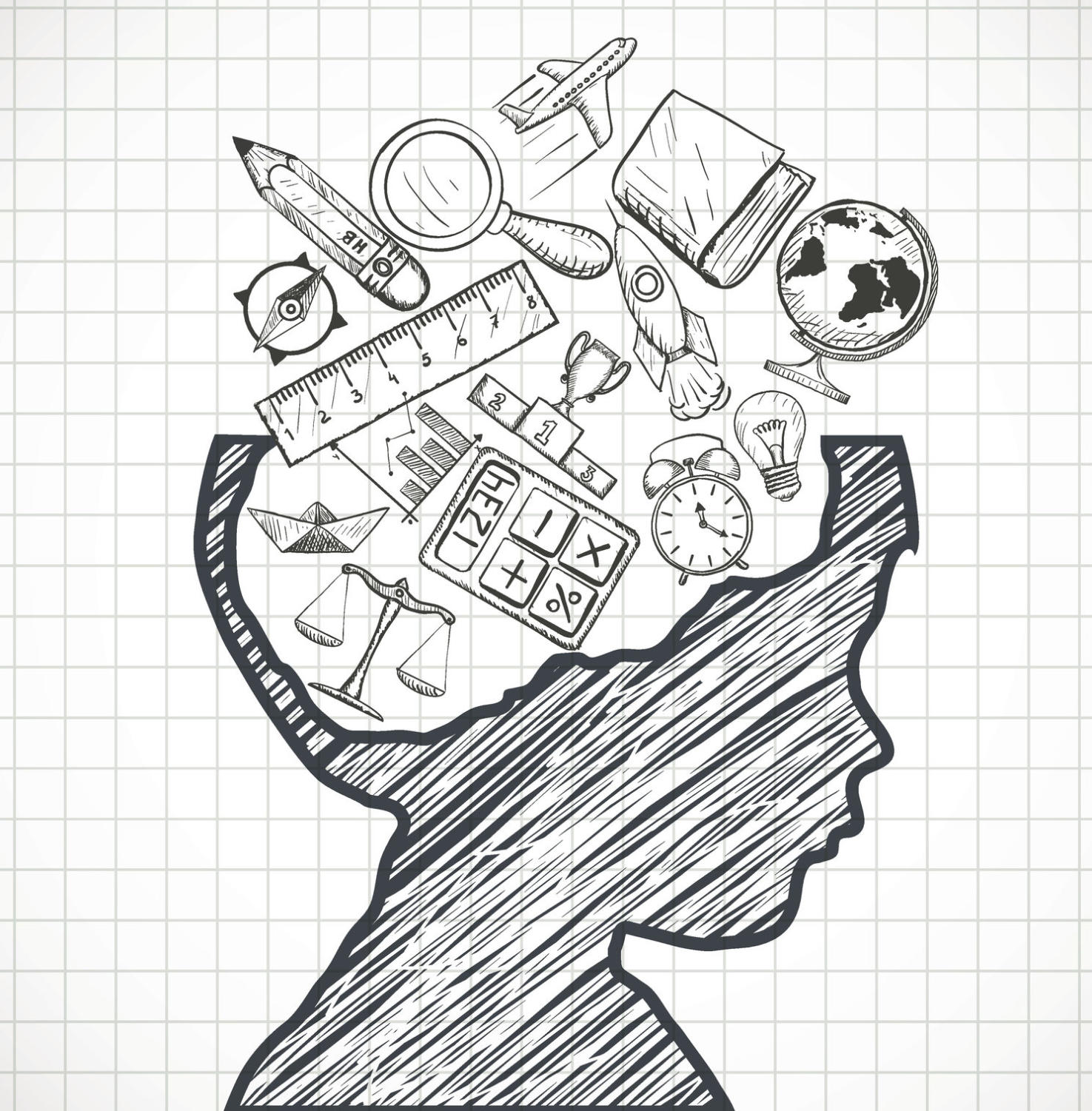 Attention deficit hyperactivity disorder (ADHD) is a mental disorder in which common symptoms include inability to focus and physical restlessness. This disorder can affect anyone regardless of age and sex. While there is a lot of research stating what ADHD is and isn’t, as well as many accomodations someone with ADHD can receive in school, there are still many factors that can greatly affect someone who has this disorder.
“Having ADHD feels like a lot of noise in their head when everybody else’s is quiet,” local clinical psychologist and ADHD specialist Brad Olson said. “It’s like being asked to solve a math equation while loud music is playing, and you [also] have to keep 10 balloons in the air and not let them touch the floor, [but you have to] keep that going and solve the equation.”

There are many misconceptions surrounding ADHD. The first is that it is simply not being able to focus on a task. While this is one symptom, someone with ADHD has several symptoms that show a pattern of behavior and don’t always occur at one time. Inattention is only one symptom of one type of ADHD and the opposite can occur as someone could feel hyperfocus on certain tasks.

“There’s a lot of misconception surrounding ADHD. It’s not just a lack of attention,” Olson said. “It’s an attention bias disorder. People with ADHD have a natural leaning towards being able to focus on things that are more stimulating and against routine.”

According to Olson, the predominant cause of ADHD is genetics. People with ADHD tend to have a strong family history of ADHD, so there is most likely a biological and chemical link. Another common cause of ADHD is low levels of dopamine in the prefrontal cortex, the area of the brain associated with attention, behavior and other social functions.

ADHD, though affecting all age ranges, has the potential to impact children the most. A National Institute of Mental Health study found that ADHD caused regions of the brain associated with suppressing inappropriate actions, focus, memory and movement to develop slower than usual by up to three years.

According to Olson, this is a problem for kids because they need all these factors to function properly in school, a place of inherent difficulty for students with ADHD. School demands constant attention and the ability to stay still and complete a task, which many people with ADHD struggle to do. This creates many complications, as grades can drop as a result of uncompleted work, which teachers may misinterpret as trouble making or laziness.

“The result of not being able to focus is that tasks are not being completed as they might not have the organizational skills to turn homework in,” D21 Superintendent Michael Connolly said. “If you’re having to sit for an exam, having to focus on all the different parts of it may cause you to end up running out of time because you can’t organize your thoughts.”

Federal programs are in place to help support students with ADHD academically. After a student is formally diagnosed with ADHD by a licensed clinical psychologist, they can work with their parents and counselor to formulate a 504 plan to receive accommodations if necessary.

“A 504 plan allows for accommodations for students that aren’t in special education and is revisited yearly to develop as the student grows,” D214 Superintendent David Schuler said. “These accommodations depend on the student, but some include taking a test in a setting with fewer distractions, safely taking medication at school and/or sitting on a chair with wheels.”

Physical and academic issues are not the only concerns a student with ADHD might encounter.   The symptoms of ADHD, especially if others are not aware, can come in conflict with behaviors in the classroom. Teachers might unknowingly view certain behaviors as malicious or disrespectful when that may not necessarily be the case.

“Unfortunately, when you have negative classroom behaviors, you may end up being removed. [Although], I think it’s better than it once was,” Connolly said. “Adults need to understand that this is no different than a food allergy. Even though there might be some frustration and behavior can get in the way, they [students] shouldn’t take the blame.”

In addition to accommodations some individuals and families explore medication as another support. Adderall and Ritalin are the two most common ADHD medications, with both advantages and disadvantages. These medications are commonly used for treatment because they regulate dopamine levels in the brain, a key contributor to ADHD.  According to Olson, they have also been widely abused on college campuses. A survey conducted by the Partnership for Drug-Free Kids in 2014 shows that one in five college students abused prescription stimulants such as Adderall and Ritalin at least once in their lifetime.

“Potential side effects need to be balanced by adjusting dosages and the prescription,” Olson said. “The most common side effects are lack of appetite and, in fewer cases, a negative sleep impact. Horrible side effects such as turning into a zombie, depression and anger are not common.”

Since there are strong feelings for and against medication, the decision on whether or not to medicate is best decided between the child and the parent(s) under the guidance of a medical professional to provide thorough education about potential medications and side effects.

Although there has been more information and awareness of ADHD in recent years, school districts are still actively working and reflecting on how to best support students with ADHD with a focus on truly getting to know each individual student and his/her learning style.

ADHD is a very complex and layered mental disorder. It affects individuals in different ways, presents a variety of symptoms, and sometimes contributes or is in conjunction with other mental health issues. Multiple forms of treatment to manage symptoms can become available after a formal diagnosis by a medical professional. According to Olson, there are five main components of diagnosing ADHD: are there more behaviors other than a lack of attention? Are these behaviors a long term pattern? Are these symptoms chronic and to a greater degree? Have we ruled out any other possible disorder? Is this causing a problem?

“We have to understand students with ADHD. Everyone is different and we should celebrate that,” Schuler said. “The only way for us as adults to actively create programs for students [with ADHD] to be successful is to understand what makes them tick and how to best support their ability to learn.”