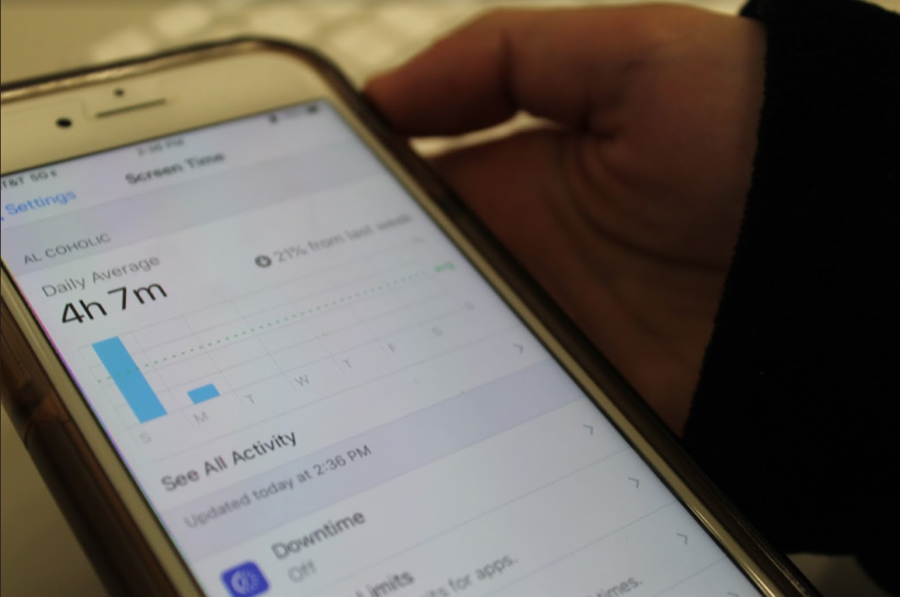 Screen Time is a feature on the iPhone that was first introduced in the iOS 12 last year, with the main purpose being able to track down the amount of time someone spends on their phone. During Harbor Day, both students and teachers alike learned about this feature.

With this feature, students are able to limit the amount of time they are on their screens by going to settings and underneath Do Not Disturb, they can set Screen Time up. A student can choose to limit an entire category of apps, like social networking, or single out apps that they feel they spend the most time on.

“I loved that we [showed Screen Time] during the Harbor activity,” technology ed teacher Sara Farell said. “It was an eye-opener for some kids to see how much time they were spending on their phones.”

iCloud plays a big part of Screen Time, as users can set up it up across multiple devices. Another part of the feature is Downtime, found in settings, which turns off the phone for an amount of time, making it easier for students to spend time off their phones and focus on homework.

“The students who don’t [use Screen Time] are constantly on their phones,” freshman Alan Wegner said. “If it was used more, it would be rationing your time on your phone.”

Wegner’s parents in the past implemented it and restricted the amount of time on his phone, which is another important feature. Parents can track how much time their child should spend on their phone, be able to restrict app purchases and set Downtime for their child.

“I would look at [Screen Time] with my son, so he can see how much time he is spending on his phone,” Farrell said.

“They know how much they use their phone and don’t want to see it in numbers,” sophomore Cam Straus said.

A flaw to this feature is how certain necessary apps, like Google Maps are counted in how much time a user spends on their phone. Every time they glance at their phone for directions, it counts as using the screen and can add to the amount. There also is no known way to turn off the feature for individual apps.

Another downside to this feature is the option to ignore the time limit, so even if a student has a limit on one of their apps, with a password they can continue to be on the app. Straus believes why students may not use Screen Time is because it shows an ugly truth of how much teenagers use their phones.

Though this feature is not perfect, it has a start to be able to gain an awareness of how much one can spend on their phone.  Hopefully in future updates, Apple can perfect it more.