Bennett advances as a semi-finalist in Grammy Music Educator 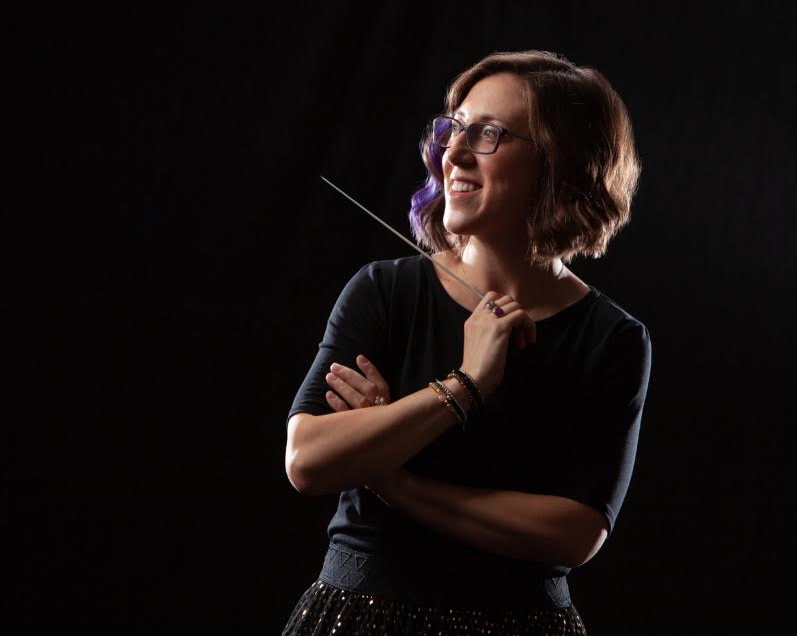 When orchestra director Elizabeth Bennett’s high school in Iowa won its very first Grammy Signature School Award, everything came full circle as Bennett was recently nominated as one of 25 semi-finalists for the Grammy Music Educator Award and the lone semi-finalist from Illinois.

The Music Educator Award was established to recognize current educators who have made a significant and lasting contribution to the field of music education and who demonstrate a commitment to the broader cause of maintaining music education in the schools kindergarten through college and public and private schools.

“It is very humbling that they chose to represent me in this manner,” Bennett said. “But from the larger standpoint within the fine arts in the Grammys, Tonys and Oscars, it brings awareness and education to so many people who are working in our world to develop our culture and define the fine arts and to be sure that the fine arts thrive so that we can appreciate and grow from them.”

According to Bennett, the award is open to current U.S. music teachers and anyone can nominate a teacher. Nominated by a former BG student, it was pretty exciting to go from 3,300 chosen individuals to 25 semi-finalists.

“Bennett goes above and beyond the music and makes the classroom feel like a home environment, so she absolutely deserves this award,” junior Sydney Paunan said. “She always goes that extra mile to make a class feel like more than a class.”

When Bennett was nominated, there were multiple steps to assess her and her credentials as a music educator. Initially, Bennett had to submit some data about the school population and had to submit a philosophy statement in 50 words or less. Once she reached the quarter-finalist stage, she had to gather a variety of testimonial videos from students and colleagues and submit her own videos discussing certain speaking points. Then, when she was announced as a semi-finalist, she had to submit photos and have a background check done by verifying her teaching certificate and credentials.

“Although the process was very long and monotonous, it is very rewarding,” Bennett said.

“Besides the fact that Bennett would have a Grammy in her actual office, it is amazing that the school could possibly earn a grant for a part of the orchestra program and supplies for the orchestra,” Paunan said. “It just reaffirms that Bennett is doing the right thing and is on this path bettering lives for all of her students.”

According to Bennett, if she won the award, she would utilize her personal prize money to fly to Seattle and see her oldest daughter’s favorite artist Dale Chihuly’s work in order to enrich her life further with the arts.

Although Bennett has received many special awards and recognitions in her 16 years of teaching music, she believes that this is possibly the highest and greatest recognition one may receive as a music educator.

“I think awards like this validate the hard work and sacrifices that teachers give to our students and schools,” band director Henry Kappler said. “Bennett works very hard and gives so much of her energy and time to be a great teacher.”

Besides being nominated as a semi-finalist, Bennett has started a Music Workshop class this semester and has written the piece “Solaces” in commemoration of three young teachers at BG who passed away in recent years.

“Students are able to see the variety of how capable Bennett is able to care for all of the BG music programs,” Kappler said. “I’ve known many music teachers in my life, but her motive for teaching and creating is purely about her students, which is truly an admirable trait that we can all learn from.”

According to Kappler, Bennett is an innovative, empathetic, socially conscious and passionate teacher. She genuinely cares about all of her students and her school.

“I hope that others within our school that haven’t been exposed to orchestra or arts programs yet can see this great recognition of hers and maybe get involved or attend a concert,” Paunan said. “Although music programs are usually the first to be cut when there are budget issues, it can show others that there are talented teachers out there that have a huge impact on students beyond the classroom and that deserve to be invested in.”