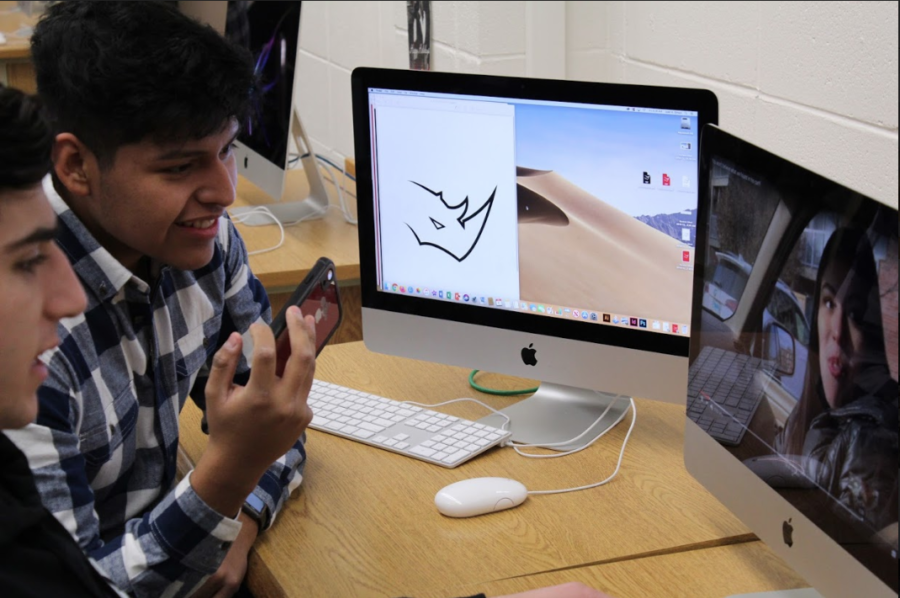 With the rise in popularity of social media content, many have taken to various internet and social media platforms, such as Instagram or YouTube to create and publish their own media. This trend has reached far and wide, affecting all of those who have the luxury of their own personal communication device. BG is no exception to this phenomenon.

Among the student body, there are and have been a wide variety of media creators, ranging from vloggers to workout advisors. One such prominent example is the YouTube channel “Clump”, run by sophomore Devin Roser, who has amassed a following of eleven thousand subscribers by playing the popular multiplayer battle royale game, “Fortnite”.

“There’s an assortment of applications and apps that students can use to express themselves and their individuality,” CTE teacher Thomas Mroz said. “It’s another mode of expression, almost to the point of art.”

Senior Juan Simon is another student who has chosen to create and share media for a larger target audience. His vlog channel, “Juju Simon”, on YouTube, contains edited video clips of events that transpired between him and his friends as well as footage of life in and out of school.

“I’m making the vlogs for myself and my friends,” Simon said. “But, I try to make it so that anyone can watch it. Even though I might have an inside joke in there, I’ll still put context into it so that others can understand.”

For Simon, vlogs aren’t necessarily about fame or getting recognition. He makes them under the impression that they’ll allow him to reminisce about high school when he’s older. His first vlog, just under 3 minutes in length, contains footage of a fishing trip between himself and two other friends.

“Would I like to be viral? Yes. Do I aim to be viral? No. If I were to become viral, I can’t really give all the credit to myself,” Simon said. “It would be more like my friends are famous and less of myself because the videos aren’t just me.”

While, as of now, Simon is only focusing on vlogs, he is thinking of expanding out to podcasts that will have a more general high school theme, where him and some friends will share stories while listeners are tuned in. However, entertainment is far from the only reason one would publish their own media, with many accounts, local and viral, creating media that tackles a specific interest.

“[Creating media] helps students care about their hobbies more; it helps them manage their time better,” senior Roman Kudrav said. “You’ll obviously get more motivated to pursue whatever you want.”

Kudrav operates both a YouTube channel with 650 subscribers, and an Instagram page that has 769 followers named Goalkeeper1 and @goalkeeping_hd, respectively. Both highlight goalkeeping in soccer and contain his highlights, as well as those of his friends. Additionally, he has recently started a separate fitness Instagram that contains calisthenic workout routines called @fitnessmotivationnr1.

“I started doing it for myself, but then I started gaining subscribers and thought I should start making videos that more of my viewers would also be into,” Kudrav said. “I would look at what famous YouTubers would post and started taking viewers’ suggestions.”

However, one issue to stay aware of is how media could go awry and potentially become detrimental to the creator. It seems that most local content creators begin by making personalized media meant for a small audience. Those who tend to get attention for their content, whether that be at school or simply from external viewers, begin to branch out and try new forms and onto new outlets that they control entirely themselves.

“There’s a lot of unknowns that come with being able to share media with such a large audience. If I share something and a ton of people see it, I don’t know what the audience is going to do with that,” Mroz said. “Just think twice before you post. There are so many things that you could do creatively; you just have to think twice.”