Girls water polo prepares as a team for season 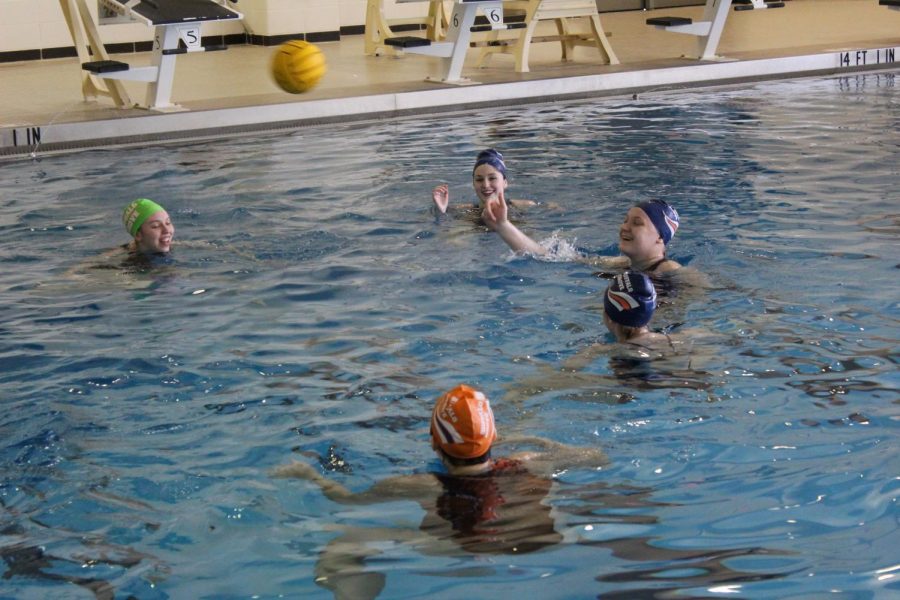 While the girls water polo season begins on March second, the team is ahead of the game this year as they prepare physically for the season through dry land. This optional pre-season conditioning, open to juniors and seniors, consists of various workouts with fitness  equipment has not only allowed them to strengthen themselves physically, but also as a team.

“What I was looking for this year was bringing the gap between swimming and waterpolo,” coach Michael McPartlin said. “This is the first season we have done it and the only reason we are really doing it is because the girls wanted to do it. It’s been really exciting seeing them wanting to get stronger, wanting to work harder and improve from last year. ”

The dry land practices happened on Tuesdays and Thursdays after school and included lifts and exercises using body weight, often gears towards improving upper body strength. According to junior Sydney Logan, although dry land can be challenging, it’s a great way for the players to get a head start in the season.

“I thought that it could help make us stronger,” Logan said. “I also think it shows our dedication to the sport.”

“When we won last year, I was really surprised and happy,” Brukhno said. “We have an opportunity to build off of last year’s success as a team and come back even stronger.”

Dryland is only one of many forms of preseason conditioning the players participate in. Many of the players swim during fall or play in various water polo clubs such as District Unified Water Polo (DUWP) club.

“A whole bunch of us did the off-season together,” Logan said. “It’s important for us to grow as individuals players, but it really helps if we also grow as a team.”

According to McPartlin, the swim season has also proved to be a valuable experience for the players and has allowed many to improve on aspects seen in both water polo and swimming.

“I think coming off of an awesome swim season, with so many qualifying from state, this year versus last year we have a lot more speed,” McPartlin said. “I think we will be able to execute plays that we didn’t have the ability to do last season.”

While dryland has brought an emphasis on preparing the team for the physically demanding sport, Brukhno says that opportunities like these have ultimately strengthened the teams as well.

“I have gotten to know them as players, people and as friends,” Brukhno said.