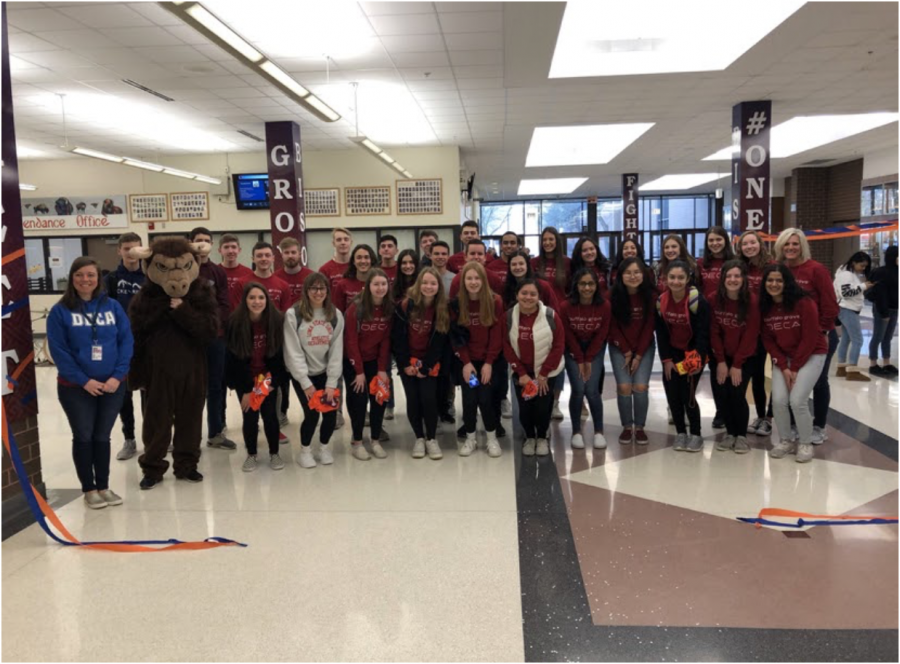 Since the COVID-19 pandemic caused statewide school shutdowns in Illinois, many clubs and extracurriculars in BG have been halted, leading to a lull in activity for students involved in after-school activities; another change that has been introduced in day-to-day life for students.

“Our club is not meeting in person, therefore everything we communicate is now through email, Remind and Zoom meetings,” DECA business club sponsor, Amy Zaba said.

Coincidentally, Class Board elections in place to elect club officers for next year’s executive boards were expected to occur during the quarantine period. This caused minor changes to be made to the election process, and also influenced the number of club members involved in running and voting.

“We had twice as many students run for officer positions compared to last year,” freshman Class Board sponsor, Jennifer Vierneisel said. “Similarly, we had several more students apply for Class Board with a high retention rate from last year.”

Although the newly abundant free time many students have experienced during lockdown has factored into a higher number of officer candidates this year, changes in the election process, as well as personal growth, are also contributors to increased participation rates.

“This year, more people knew about the commitments [of Class Board] and understood the requirements and wanted to be a part of the executive board,” two year freshman and sophomore Class Board-elected president Molly Abrams said.

Despite this increase in student engagement, the fourth quarter has still proven to be a letdown for many schools clubs, as pre-planned events and competitions students and club sponsors had been anticipating since the start of the school year were postponed indefinitely or canceled.

According to Vierneisel, school functions that had been on the agenda for freshman Class Board, including a freshman “Take me out to the ballgame” baseball event in the early stages of planning has been delayed, along with a Chipotle fundraiser.

“As we have shifted to remote learning, it has become increasingly more challenging to plan events,” Vierneisel said. “So we will shift in the coming weeks to developing ideas for next year when we can be together in person again.”

However, changes in election protocol have also had positive effects, including easier communication between prospective officers and fellow class members. According to Abrams, she preferred giving her speech virtually over addressing classmates in person.

“The election process that I liked best was the one over Zoom because you don’t have to have everyone’s eyes on you,” Abrams said. “It takes a lot of the fear out of saying the speech in front of everyone.”

According to Zaba, Zoom has proved to be a great help for keeping students updated on club operations. So far, Zoom has aided DECA in hosting officer elections as well as a brief informational meeting for DECA state qualifiers. As other elements of the election have been conducted online in the past, only the virtual-speech component of the election was different for both DECA and Class Board.

“Following the speeches, all members of class board in attendance for the speeches used a Google Form to vote on candidates,” Vierneisel said. “Results were shared via email and Twitter.”

Although club activities have not continued for Class Board and DECA, the elections held during quarantine still helped to keep students connected with their school clubs. According to the Boston Business Journal, extracurricular activities have mitigated feelings of isolation for students and promoted connectivity among members during a time when social distancing has been more pronounced than ever.

“It was so nice to see our DECA members one last time before the school year ended,” Zaba said.

DECA and Class Board are currently not involved in the planning of any new activities, and have not met up since their respective election processes. However, they are still finding ways to keep in touch through social media platforms such as Twitter and Instagram.

“I don’t feel that the setbacks that Class Board has experienced during this lockdown will affect the club moving forward,” Abrams said.

Currently, club events planned for next year have not been disrupted by this lockdown. Class Board has welcomed a new set of members to next year’s sophomore Class Board and DECA is still on track to begin a new competition season in the fall.

“Like everything else, it’s unfortunate our time together was cut short and students didn’t have the opportunity to experience fourth quarter events,” Vierneisel said. “But I’m so proud of all of our members and their contributions this year.”