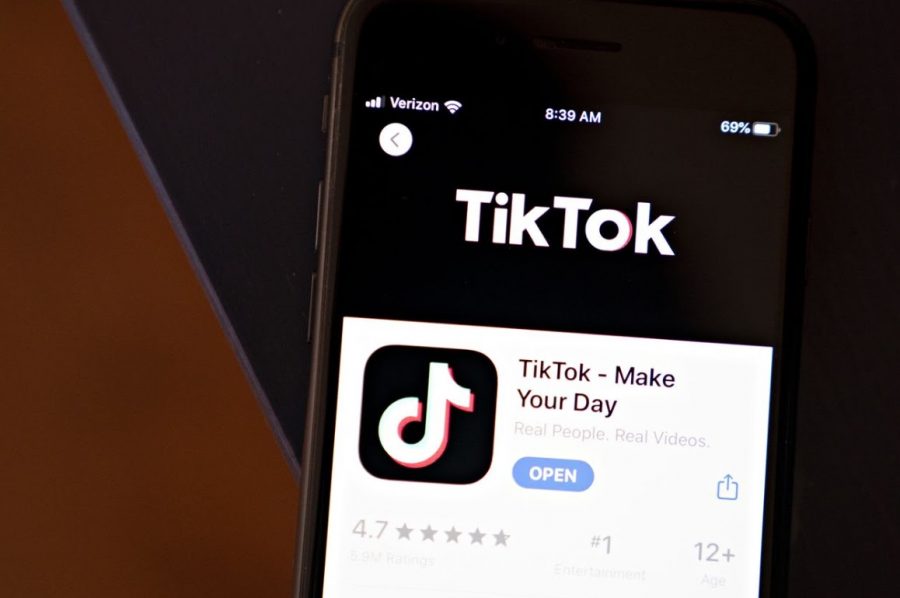 Image depicts how at one time the app Tik Tok was not available to be downloaded in the Apple App store.

TikTok is one of the most popular social media platforms, as it has over 500 million users, and lets them share funny viral clips. It used to be known as Musical.ly before the company switched. As of lately, the app has been known for its users talking about activism on certain specific topics.

On TikTok, users share informational video clips of protest safety and how to be a good ally, specifically for the Black Lives Matter movement that started in late May, though the movement itself has been around for a while. The movement got a boost after the murder of George Floyd. TikTok users have always shared information on how to be better allies to minorities groups, such as LGBTQ,  indigineous people and people with disabilities.

“Though there is some misinformation that can happen. I have learned so much through Tiktok, ”senior Jenna Gayhart said.” It’s not the bad app people make it out to seem.”

The ban that President Donald Trump threatened on Aug 3rd had many users very upset. For some, TikTok has been one of the best places for them to connect and spread the word in these quick short clips.

“There are so many young people that know how to utilize social media to get the word out and make change,” English teacher Lauren Stenzel said.

Back in June, teens on TikTok helped provide ticket information at a Trump rally in Tulsa, Oklahoma. The teens signed up for the rally and got tickets to attend, but none of them showed up. According to The New York Times, there was an estimate of 6,200 people in an arena that could be filled up to 19,000 people.

According to Stenzel, she sees a lot of Instagram stories with links and quick facts so that people can get more informed. Instagram has been another social media platform that has a lot of activism on it.

“Popular creators or someone who goes viral has the opportunity to spread news of activism ,” senior Brooke Bickhaus said. “It will reach many people who will continue to spread that message.”

According to Bloomberg.com, due to TikTok being owned by ByteDance, a Chinese company, the Trump Administration fears being spied on by the Chinese government and collecting data from U.S citizens. Originally, TikTok was being banned on app stores on Sept. 20th, but according to CNBC, Trump agreed to a deal with Walmart and Oracle getting a share of the app. Walmart gets a 7.5% stake, Oracle gets a 12.5% stake and ByteDance gets the remaining 80%. The government will make the ban more strict on Nov. 12th if TikTok still fails to meet the government’s demands.

“I get worried about data collection and algorithms,” Stenzel said. “Although they can be pleasant in moments, it also is scary, and not to mention the consumerism that gets thrust in our face from those algorithms.”

While some users think that this political activism on TikTok is only a trend, for many others it is not. Young people are not afraid to make change with their platforms. According to Stenzel, one of the pieces of advice she gives is to have an equal voice on social media and listen to everyone’s voice, especially people of color.

TikTok has done a lot to spread awareness about certain topics and the users are passionate about these topics and want to see change.

“I think utilizing TikTok to spread and learn about activism is one of the best ways because lots of people spend time on the app,” Bickhaus said.