Voters Make Adjustments in the Wake of Covid-19 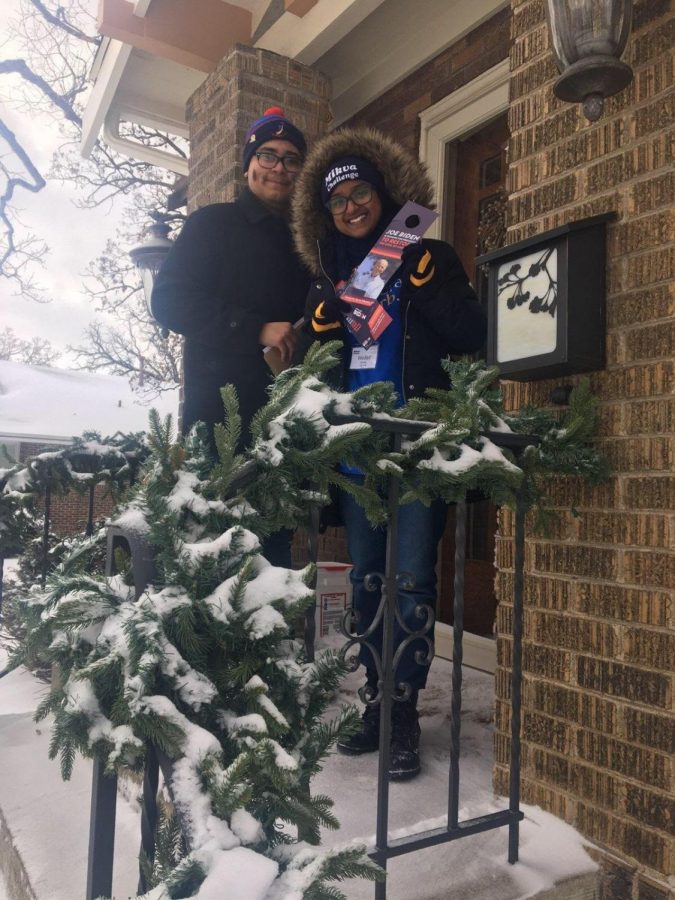 Senior Wedad Osman and a friend go door to door campaigning for their chosen politician.

Voting has been in existence in America since the first election took place in 1788. From local to presidential elections, they have almost always been a part of America’s history. With a major election coming up this November, it is necessary to reflect on the importance of voting and the impact it has on our country.

“Voting is important because it gives everyone who’s able to vote a voice within the government,” senior Wedad Osman said.

With the 2020 voting season there is new information on how this could potentially be the most important election in U.S. history. The pandemic especially taking precedence over how people will vote.

According to pewresearch.org, “62% of voters say the CoronaVirus outbreak will be a very important factor in their decision about who to support in the fall.”

As the country prepares for another election, the media tends to bombard the public with many messages about voting. They feed us with information about particular candidates, trying to sway us one way or the other, whether it’s valid information or not.

“I think that a lot of people will read headlines of things and not really pay attention to the sources or the rest of the article,” senior Sophia Chumbley said. “They will just see a big blatant statement and just jump to conclusions.”

Sometimes when viewing different advertisements or campaigns, citizens might find themselves not agreeing with any party or candidate. This can cause them to feel like they should skip out on a particular election.

According to the BBC News in Washington, in September of 2020 in their article, US Election: The voter’s who don’t like Trump or Biden, “a study released in February by the left-leaning Knight Foundation non-profit, nearly half of the eligible voters – or close to 100 million people – sit out on elections.”

This can be a difficult decision to make, but it is still important that you cast a vote.

Keeping in mind that the country is going through a pandemic, there is also a way to vote that several people are taking advantage of. Mail voting is becoming increasingly popular, but that doesn’t mean it doesn’t have its concerns. For example, President Trump, raised possibilities of voter fraud, among other details that worry a lot of people.

According to the New York Times in  August 2020 in their article The Facts About Mail-in Voting and Voting Fraud, “without any evidence the president has warned that mail elections would involve robbed mailboxes, forged signatures, and illegally printed ballots.”

This year has proven very unique from other elections that have taken place. The different ways people are voting can even take effects on the voting results.

“Since so many people will be voting by mail, and since so many states are using this method for the first time on such a large scale, it is hard to predict what can happen,” Crandall said. “This could mean that the results of the election are not known by the election day, November third.”

For high school students, it can be difficult to choose how to take part in how the government is run since most can’t vote, as the legal voting age is 18. However, there are still ways to help out with the voting process.

“If you can’t vote, you can work at the polls and you can become an election judge,” Osman said. “There is no experience needed to work as a Judge in Illinois. You have to be at least 16, a U.S citizen and have a GPA of 3.0.”

In any election it is important to make sure that people are using their voices to lift up what is valuable to them. Whether it is on social media or public speaking, people and students should never be afraid to support their beliefs.

“I definitely think that what people are doing now, posting on their Instagrams and using social media to have a voice and create a platform is the best way to get involved,” Chumbley said.