Ratatouille the Musical proves the endless possibilities of TikTok 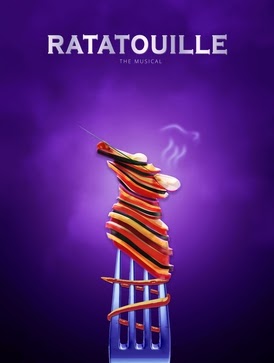 It all began after TikTok user, Emily Jacobsen, created a song in tribute to the main character of the film “Remy,” users then used that sound and added to each other’s videos to envision a musical including set design, choreography, a playbill design, music and more.

Ratatouille the Tiktok musical premiered on Jan. 1 on TodayTix with over 200,000 tickets sold, and an encore performance on Jan. 10 on TikTok, with 150,000 viewers. The online musical production raised $2 million for The Actors Fund, an organization that supports performers and behind-the-scenes workers in performing arts and entertainment.

“I really think Ratatouille the Tiktok musical was made for jokes,” junior Olivia Soble said. “But once everyone’s creative juices started flowing, it ended up becoming a fun project for charity.”

Because of the pandemic, some actors have transitioned to online shows. However, online shows are hard for actors and crew since they don’t get together in person as much.

“Virtual shows and in person shows aren’t even on the same playing field,” senior Melanie Reitman said. “I am a scenic painter for the plays and musicals, and I feel like I’ve been out of my element for months since most virtual shows don’t require a set.”

This 45-minute show was created from the safety of the casts’ home in just two weeks. This just shows that even when the arts are struggling during this pandemic, we can all come together virtually.

“We have all stretched our wings and our imaginations and created a new, virtual world where the arts can remain present and relevant, but it is not the same,” choir director Debora Utley said. “We have created virtual choirs, virtual master classes, re-envisioned how to reach our students and provided an outlet for them in a new, and hopefully, inspirational way.”

Virtual musicals can take years to create. Even with the ideas and contributions from TikTok users, this online musical was still difficult to pull off.

“Coming from the winter play, and choir concerts that have been virtual, it takes time to make sure everything’s right and precise,” Soble said. “I can’t even imagine what the editing is like.”

Challenges arise in online musicals since not everyone can come together and play off each other as much. Also, the audience often does not experience the same emotions like being there in person.

“The challenge is again, the arts are about connection, emotion, sharing and mostly the need to be unmuted,” Utley said.

This TikTok musical was made to spread peoples love of music and musical theater during these unprecedented times. Once the pandemic is over actors can come together in person once again.

“I think the musical was made as a way to spread joy during the difficult times we are currently experiencing,” Reitman said. “It united a whole group of random people from TikTok as well as celebrities and actors.”