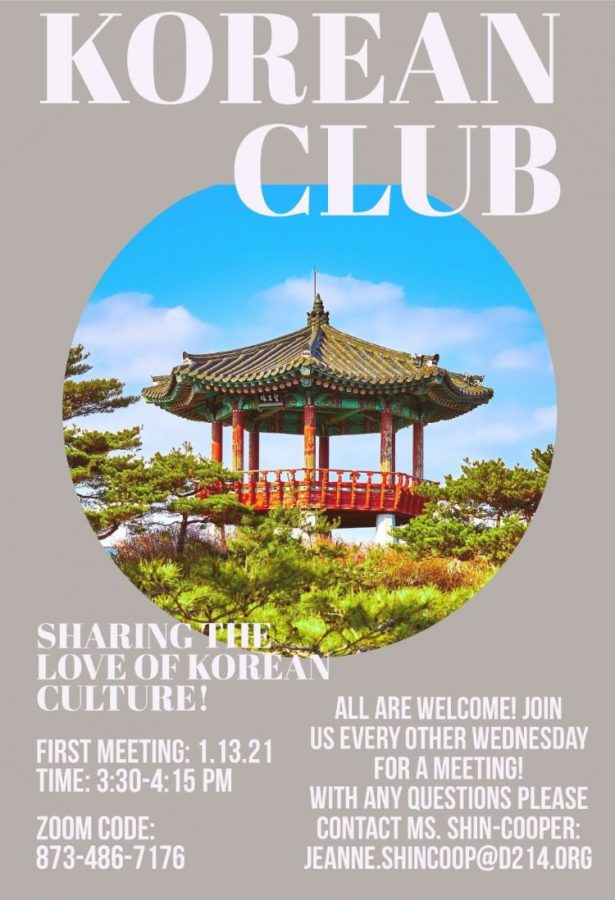 On Jan. 13, BG launched a new club, The Korean Club. As its name suggests this club is going to highlight Korean culture.

“We hope to spread awareness about Korean culture and welcome anyone to the club whether it is someone who is a Korean immigrant, Korean-American, biracial Korean or someone who is not at all Korean and interested in celebrating with us,” advisor Jeanne Shin-Cooper said.

The idea for the club came from two sophomores: Audrey Kim, Audrey Ro, and senior Mikayla Kim. The three thought of it last year, and made the club official with the help of Shin-Cooper as their advisor, earlier in the 2020-2021 school year.

“The three of us originally joked about the idea sometime last year and how cool it would be to have a club where we could teach others, and learn ourselves, about the Korean culture,” Ro said. “Although we didn’t take it very seriously at first, I think all of us were very eager to start this club this year.”

Though this club launched a short while ago, members will not be disappointed with the variety of activities planned. One activity that is coming up is a virtual muk-bang, where members will try Korean food virtually. All of the activities are designed to educate participants about Korean culture.

“Each time the club meets, we plan to focus on one aspect of Korean culture today,” Shin-Cooper said. “For example, our next meeting will be K-pop Day where we will introduce people to K-pop music and also create a bracket based off of March Madness for the most favorite artist.”

Due to COVID-19, there have been restrictions on what the club can and cannot do. This has made an impact on the various activities they have in mind.

“I think COVID has had both positive and negative effects on our launch,” sophomore Audrey Kim said. “One positive being that it has become easier to join a club, because all you have to do is click a link and have a good time. While it has also to some extent become harder to connect with people when you aren’t actually meeting them in person.”

This new organization is striving to provide the community with a more complete view of Korean lifestyle. They hope to create inclusion within the school and district.

Despite the fact that the club was founded by Korean young women, they are certainly not the only people welcome to join. This club is for anyone who wants to expand their knowledge on this specific culture.

“Even though our club is the ‘Korean Club,’ it is more about bringing students together to celebrate Korean culture than anything else,” Kim said. “Our club is not ‘reserved’ for a specific set of people, and anyone can join us and have a good time.”