Jams with Julia: Artist of the Month Dua Lipa 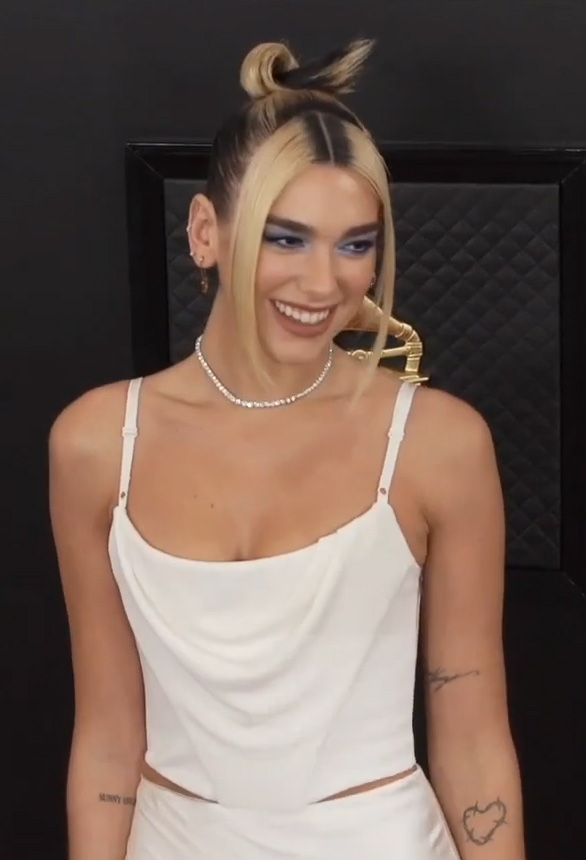 Photo courtesy of Cosmopolitan UK is licensed with CC BY 3.0.

The global sensation popstar Dua Lipa kick started her career in 2015 after she was signed with Warner Music Group, shortly after she released her first single “New Love.”

Dua Lipa was born in London, England. Her parents are Albanian, and she moved there in 2008 before moving back to London when she was 15.

Dua Lipa won best new artist at the 61st Grammy Awards. She also won another Grammy that night for “Electricity,” which won Best Dance Recording, her track with Silk City and Mark Ronson.

First “Don’t Start Now,” was released on Oct. 31, 2019. Then, “Physical” was released as the second single on Jan. 30, 2020. Lastly, before the album debuted, “Break My Heart” was released on March 25, 2020, two days before the release of the album. “Future Nostalgia” received a lot of good reviews from fans and critics everywhere and a score of 88 on Metacritic out of 100, which indicates Universal acclaim. The “Future Nostalgia” genre is pop and disco. The album topped the charts in 13 countries and reached Top 10 in 31 countries.

My favorite songs on “Future Nostalgia” are “Physical,” “Levitating,” and “Break My Heart.” I love all of these songs because of how catchy and how upbeat they are. They just make you want to go out and dance. One of my favorite lyrics from her single “Physical” is “Adrenaline keeps on rushing in. Love the simulation we’re dreaming in. Don’t you agree? Don’t you agree? I don’t wanna live another life’. Cause this one’s pretty nice. Living it up.”  Her music is different from other artists because her music keeps getting better and better.

Lipa spoke on Spotify about “Levitating,” “It’s about that relationship that’s perfectly timed-right place, right time, right person and even better… it’s reciprocated. It’s only then that you get that feeling that you’re literally levitating.”

Dua Lipa’s popularity is growing bigger and bigger and she keeps this going by grinding to push out more songs and music videos. She truly is an inspiration for many people and I can’t wait to see what she has in store next.