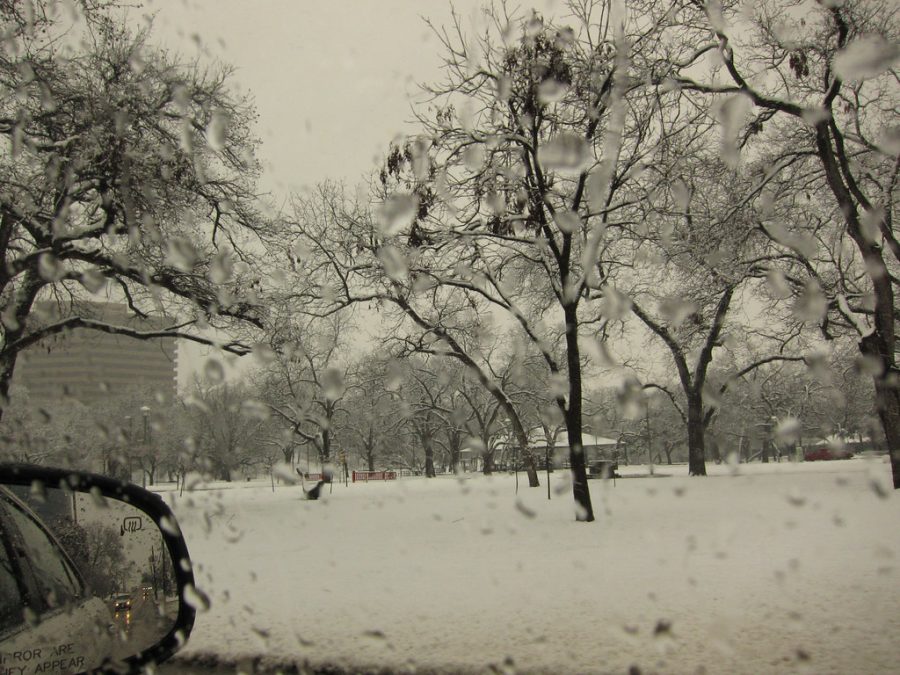 Texas is a state that does things on its own. Given its history of independence, it’s more than suitable that the state sticks out on any U.S. map. Its presence is firm and defiant, and the image of Texas is a clear one. It’s a place full of strength, strict etiquette, unique identity and, most importantly, pride.

But as it focuses all its energy to staying afloat, its image has taken a hit.

Right now, Texas is a place of powerlessness.

Since a severe winter storm hit on Feb. 10th, with a second one following on Feb. 13th, the state has been scrambling. Dallas and Houston have plunged into sub-freezing temperatures. Ten inches of snow smothered San Angelo, eclipsing it’s previous record of 2.5. Border city Brownsville, reporting snow for the first time since 1898, declared its first winter storm watch in a decade.

As of Feb. 14th, when President Joe Biden declared Texas a federal disaster zone, the Lone Star state has been just that: alone.

Two days before the historic storm system began, constituents were warned by Houston’s chief elected official Sylvester Turner to prepare as they would for a major hurricane. Texans all across the state stocked up on food and water, with government agencies and nonprofits helping those who couldn’t. On Feb. 15th, Harris County Judge Lina Hidalgo warned that the window to prepare was closed. For Texans, it was time to hunker down.

In the freezing dark, residents did whatever they could to stay warm and safe. Facing historically low temperatures, many huddled under blankets in their cars, cocooning in multiple layers of clothing. Those who chose to stay in their house duct taped the cracks on their house’s doors and windows. Some efforts proved to be fatal, as Houston police reported that a woman died from carbon monoxide poisoning as she tried to create heat through leaving her car running in the garage. According to the fire marshal’s office, 50 people in Harris County made the same mistake as they attempted to navigate the weather.

As the storms rolled in, the state’s power plants were incapacitated. Pipelines transporting natural gas froze, and as more and more people turned up their heat, the gas used to produce electricity depleted rapidly.

“I can tell you, we are so busy, I’ve got appointments going into next week already for frozen pipes,” Erika Chew of Houston-based Texas Premier Plumbing said. “It’s pretty crazy. This is unprecedented.”

The Electric Reliability Council of Texas—a grid operator that controls about 90% of the state’s electric load—announced that it was experiencing “record-breaking electric demand.” More than four million customers found themselves in the dark by Feb. 16th. Gov. Greg Abbot slammed ERCOT for “unacceptable” handling of the situation.

Daniel Cohan, professor of civil and environmental engineering at Houston’s Rice University, said that the natural gas shortage is just one part of the problem.

“Go right down the list: natural gas, coal, wind, nuclear, solar—all of them are struggling for different reasons right at the same time demand is at an all time high,” Cohan said. “It’s a systemwide challenge, and you can’t pinpoint one single factor. Actually, the one single factor that’s causing it is this winter freeze, the coldest we’ve had in three decades.”

It’s no surprise that the state was severely unequipped.

“Usually we focus most on planning for summer heatwaves,” Cohan said. “One problem is that a number of our power plants are down this month for scheduled maintenance; they’re tuning up to make sure they’re ready to meet the summertime peak demand.”

In addition to frigid temperatures and power outages, Texans dealt with water disruptions after pipes burst from the cold. 8.7 million people found themselves under a boil water notice by Feb. 20th.

“We have been advising people to drip their faucets to prevent pipes from freezing, however due to low water pressure and supply concerns, we are asking citizens to refrain from doing this as much as possible so that we can conserve as much water as possible,” San Angelo officials said in a tweet.

Marty Miles, the general manager of a hotel group in Galveston, said that the demand from residents searching for a warm place to stay was overwhelming. The hotels were left without water for days, the only power coming from an emergency generator.

“The hardest part is that you don’t know when it’s going to end,” Miles said. “It was a complete stop and go, stop and go…. So every time we thought we were in the clear, two hours later, it started over.”