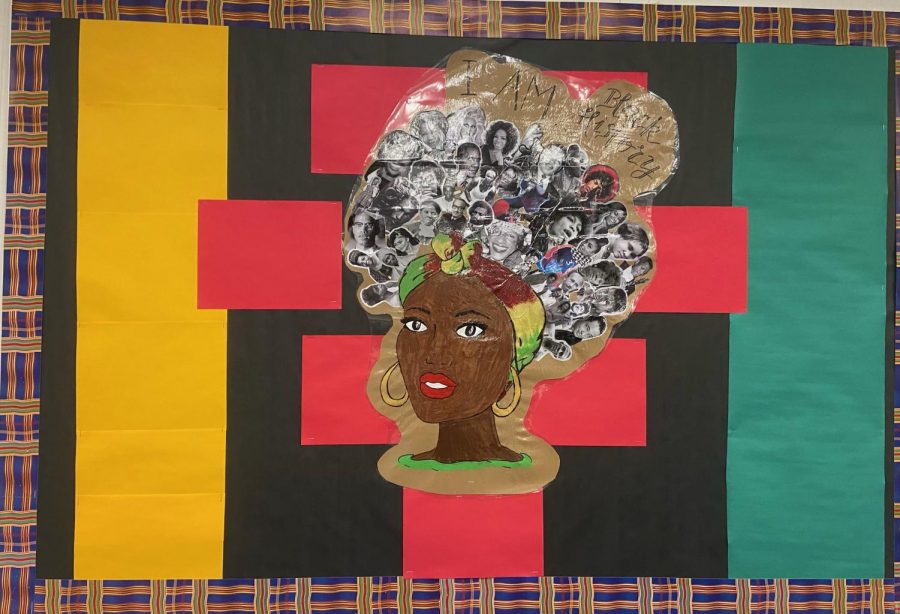 March 1 marked the end of Black History Month, but the beginning of another month rich with past, present and future Black excellence. In March 1870, the 15th Amendment was ratified, giving Black Americans the right to vote. This March, a COVID-19 vaccine discovered by a Black scientist is being administered to the general public. Black history plays a crucial role in American history—and remains relevant throughout all 12 months.

“[Black people] need to know our contributions to the American society and to the world,” math and science division head Dr. Angel Johnson said. “We need to keep that legacy so that my kids’ kids can know it. I also feel that a lot of white people don’t know Black history, and this provides an opportunity to help everyone understand it.”

Education about Black history provides more than mere historical knowledge—it provides representation of Black excellence. According to Johnson, representation is important because it demonstrates the capabilities and multifacetedness of marginalized groups.

According to English teacher Ami Relf, non-Black people can encourage representation by amplifying Black voices. This amplification comes in many forms, such as hiring Black candidates, purchasing from Black businesses and listening to Black people.

Another way to support Black people is through self-awareness. It is important for people to educate themselves about their own races before learning about others, Relf said. For white people, racial consciousness includes researching implicit bias, white privilege and white fragility.

Illinois School Code requires that every public high school include a Black history unit. But according to Relf, Black history and racial consciousness are complex topics that are impossible to cover entirely in one unit. They are intertwined with all subjects taught in school.

“I feel like it would be cool if teachers told us when a historical figure was a person of color,” senior Ella Palffy said. “They don’t always tell us that.”

Johnson encourages white students to voice their desire to learn about Black history inside and outside of school. According to Johnson, white students hold the power to influence other white peoples’ opinions about race and should attempt to do so when necessary and possible.

“I would definitely like to learn more about race and Black history in my classes,” Palffy said. “It’s really important, and I don’t think it’s always talked about enough.”

Black history plays a part in every time period of American history. According to both Johnson and Relf, it should not be ignored—instead, it should be taught, discussed and celebrated.

“I want to emphasize that it isn’t just one month,” Johnson said. “Black history is American history. Let’s tell the stories to start the process of healing to make a better place for us, our kids and our grandkids.”