Press the play button “on” for the annual video game contest 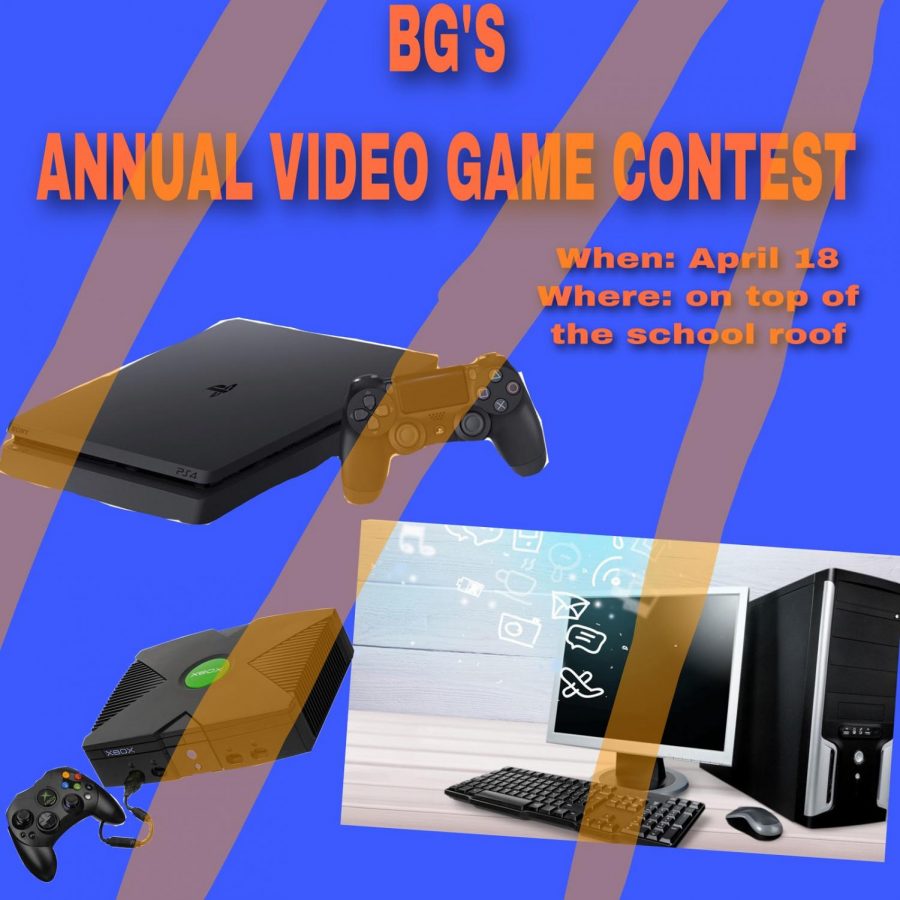 The annual video game contest is happening this year at BG despite the odds. Instead of it being on Sept 14 like it normally would, it will be happening on April 18.

This year the event is being held on the roof for more space and room. In the past, it was hosted in the community room.

“I think that with the extra space, it will be a lot better,” junior VG Computer said. “There will be different consoles to play on such as XBox, Playstation and a few computers.”

Therefore, there are plenty of opportunities for each student to play a game.

“I know that I’m going to beat a lot of people at the new XBox game,” sophomore XB Console said. “I’ve been playing on the XBox before it was even released to the public.”

There are a few prizes to win. Every time a student wins a game, they will get a certain amount of tickets. Then with those tickets, students will be able to pick a prize. The prize list includes a teddy bear, a free milkshake at McDonald’s and lastly the winner gets automatic A’s in all classes and doesn’t have to finish the semester.

“We couldn’t afford many prizes this year,” teacher Win Competition said. “I hope students will still want to play.”

Once those prizes are gone, they are gone. Students will need a lot of skill in order to win those prizes.

“I don’t really care about the contest or the competitiveness,” Computer said. “I just want to spend time with the potato.”

The video game options that students can play on the computer are Roblox, The Sims 9, and Minecraft. On the Playstation there is Rocket League and finally on XBox there are no choices. Students will just stand and admire the XBox.

If students are in the Multimedia Production class, then they are able to participate in the chess tournament.

“They didn’t have my favorite XBox game,” Console said. “Oh well, it was unreleased to the public anyways.”

Overall, students are excited for the video game contest. What’s most important is the tradition and the bonding that happens at these events.

“I know that this is a favorite event,” Competition said. “Students always talk about this one.”