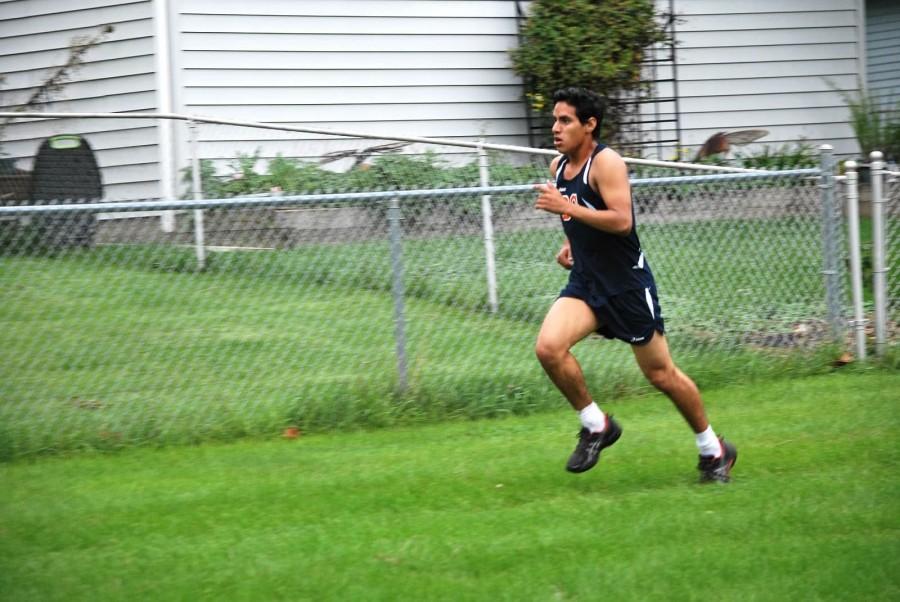 Many high schoolers wouldn’t dream of leaving their home to spend a year in a totally different country. A new language, new friends and a new school might intimidate even the average senior. Danny Moya showed no fear when he began his adventure as a foreign exchange student the moment his plane left his hometown of Guayaquil, Ecuador.

In August, Moya flew over 3,000 miles to spend his senior year at BG. This was his fourth time visiting the US, but his first time being a student.

“One of my good friends did an exchange program,” Moya said. “He was the reason that I wanted to do this.”

Rotary International is in charge of the foreign exchange student program. Moya applied for the program and was selected as one of the 200 kids in his town.

He is living with sophomore Chris Pecoraro and his family, and so far the two boys have become rather close.

“It’s nice having Danny here because now it’s not just me and my parents,” Pecoraro said. “He is really enthusiastic and happy to be here.”

The Pecoraro family hosted a foreign exchange student from Chile, Nico Novoa, two years ago and volunteered to host again.

“Having Nico live with us a couple years ago was a lot of fun,” Pecoraro said. “Actually, having both Nico and Danny here has made me want to be an exchange student in a South American country.”

According to Moya, BG is a lot different than his school at home. In Ecuador, Moya attends a military school where he wears a uniform and stays in the same classroom throughout the day. The school days are longer and every morning and afternoon the students have to do push ps.

Along with the daily workouts, Moya also left behind his friends, family and five dogs.

“I talk to my mom almost every night,” Moya said. “I miss my brother, but mostly Bender, my dog.”

Moya has had no trouble adjusting to BG life, and like most other students, is already involved. He has already joined the cross country team and cheerleading squad.

“This is Danny’s first time doing cross country and he’s doing a great job,” cross country coach Zach Crandall said. “It’s a good sport for him because he can easily make friends and practice his English. In these past couple weeks, it has improved tremendously.”

The English–Spanish barrier was difficult to overcome at first, according to both Pecoraro and Moya. However, the boys have been working with each other to refine their language, Moya with English and Pecoraro with Spanish.

Although being from another country in a new school is undeniably difficult, Moya walks down the BG halls with a constant smile on his face, learning more about the American culture and himself everyday.

“I really like this school,” Moya said. “I am making new friends and geting accustomed to life here. My biggest complaint is the weather, I am so cold. I don’t know how I’m going to handle the winter.”