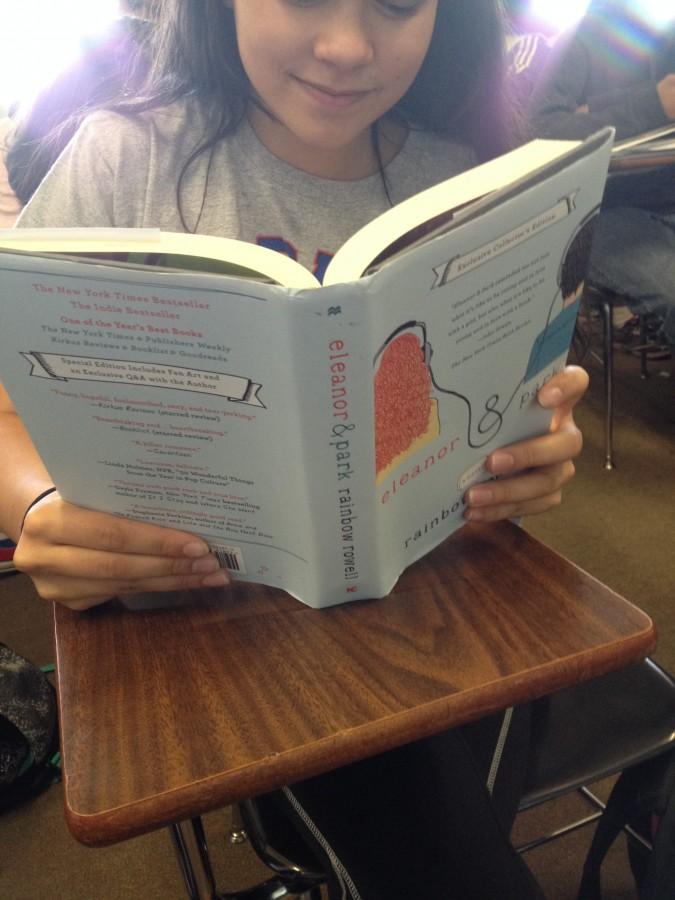 For fans of the romantic dramas “The Fault in our Stars” and “If I Stay,” “Eleanor and Park” is the perfect read. The story is set in late 20th-century Omaha and starts off with Eleanor, being the new girl faced with the difficult decision of where to sit on the bus. With no available seats, she has no other choice but to sit next to the comic book fanatic, Park. The duo’s relationship begins when Park makes a snarky comment after Eleanor was forced to sit next to him.  They begin their relationship with a hatred for one another. Following that encounter was weeks of silence.

As they are forced to sit next to each other every day, their initial judgments begin to melt away as they bond over Park’s daily comic books.

It is interesting to see how they adapt to having completely different backgrounds.

One of the best elements of the book is how realistic these characters are. Rather than being the typical gorgeous girl, Eleanor is instead a slightly overweight redhead, two uncommon characteristics in modern–day writing. Eleanor comes from a poverty–stricken home life in which she must live in a tiny room with all of her siblings. Not only does her family have financial issues, she also has an abusive stepfather that has kicked her out of the house before.

If they had never been forced to talk on the bus they would have never known how much they have in common and would have probably never ended up together.

I give Eleanor and Park a solid four stars because of the unique story that is based in a different time. I think the writer creates such a depth to the characters that really makes you relate to them and feel what they are feeling. She gives the characters flaws making them much more relatable. This book is a good read for anybody looking for a love story that will make any reader feel the heartbreak the story emanates.