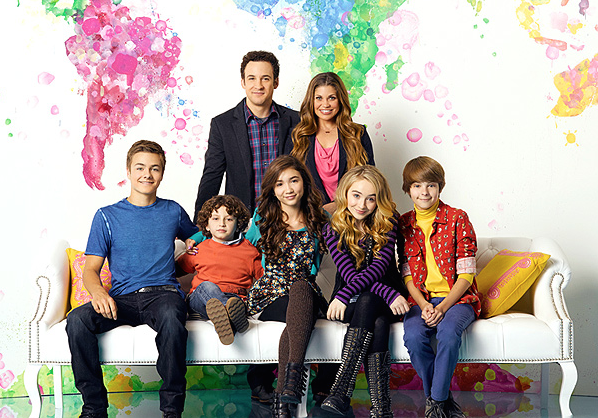 For seven years, the iconic television series “Boy Meets World” was featured in the TGIF lineup on ABC Family.

Tie in a happy–go–lucky older brother, two loving parents and a teacher with a life lesson for everything in the book, and you’ve got the plot line for one of the most iconic shows of our generation.

According to an interview on ABC Family with the true form of the character Topanga Lawrence, actress Danielle Fischel, the show spiked upwards in popularity after its demise in 2000 and has continued to stay that way.

14 years later, producer Michael Jacobs has chosen to rejoin forces with Ben Savage, Danielle Fischel and the Disney Channel to continue the journey of Cory and Topanga, along with their thirteen year–old daughter, Riley, and her friends.

Sophomore Nikki Piamonte was a fan of the first installment of the show for a very long time and is excited to see some of the familiar faces return.

“I was excited for ‘Girl Meets World’ because the old cast would be featured,” Piamonte said.”

Even though many of the old favorites like Cory, Topanga, Mr. Feeny and Minkus have been featured so far, the viewers of the last generation seem to think the show won’t have as much of an effect now that Disney has taken it under its wing.

“The show can’t talk about as many controversial issues now that it’s on the Disney Channel,” Piamonte said. “That’s what the show was famous for: addressing everyday issues and relating to teens. It can’t do that from where it is now.”

Although it’s true that Disney could restrict some of the more mature issues that “Boy Meets World” used to conquer, the new installment does indeed focus on the issues of fitting in and peer pressure, still experienced by many in middle school all the way through high school

In one scene, Cory’s daughter Riley is invited to her first middle school party. Cory, who escorts her to the destination, warns his daughter to stay safe, but to have fun anyway.

The next day, she comes into her father’s classroom at school only to have completely changed her image to fit in with her new group of friends.

It seems that the target–generation of “Girl Meets World” is not as pleased with the outcome as the younger generation. Whether the problem be Disney or just an incompatible storyline, it just doesn’t seem to fit exactly how we’d like it to.

Another sign that the new show is just a sad copy of the original is the cast itself. Riley is basically the female Cory, and her love interest, Lucas, is the male Topanga. Her best friend, Maya, depicts the same troubled–yet–adventurous mold of Cory’s best friend, Shawn (who very well could be her father because she doesn’t have one).

Last but most certainly not least is Farkle. With a name like that, fans of the old show might think that he’s the son of Stewart Minkus; they would be 100 percent correct.

Not only that, but in place of an inspiring teacher in the new show to replace the classic teacher with all the wisdom and love, dear old  Mr. Feeny, Matthews is the one who takes on the role of teaching his daughter and her friends the same life lessons he learned as a child.

“Girl Meets World” is a worn–down cliché of an old classic, and it once again proves that shows and movies that remain increasingly popular today should not be remade, seeing as they will never live up to the original standard.