How to keep up with the latest trends

A shopper's guide for back to school 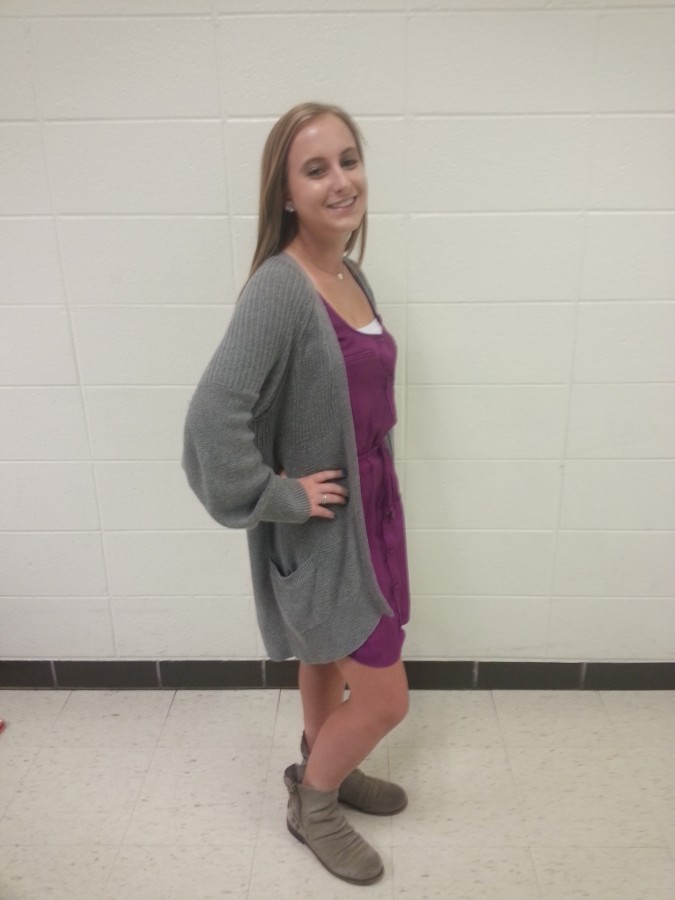 The fashion world, ever changing and often morphing from one style to another, is difficult to follow. One season a trend is in and the next, it’s out. Though it may be difficult to keep up, there’s one trend that will never retire. Basic solids such as black, white and gray are sacrosanct to the fashion world.

If one desires to play it safe and still look fashionable in the process, neutrals are usually the best way to go. But, for those who wish to make a louder fashion statement and a more vibrant approach to dressing, Bohemian Prints are becoming increasingly popular. In contrast, the previously favored neon shades are beginning to decline on runways and in stores.

Although fitted clothing is still considered in style, looser, “draping” fabrics are definitely making a come back. The combination of tight and loose articles can look very chic, like in the case of a fitted pencil dress and an oversized blazer pairing. In general, the oversized look can easily be achieved, as long as the whole look isn’t baggy. Or, one’s clothes can run the risk of looking ill-fitted instead of fashionable.

Footwear, usually the most versatile trend, is beginning to break out of its shell this year. As Uggs and Birkenstock-style shoes are being left behind, combat boots, loafers and platforms are taking their place. This season, one should expect a 90s revival with the oversized clothing, grunge looks and newly in-style shoes.

But what are the big no-no’s of the season? The only styles that are really considered “unfashionable” are few and far between, but include peplums, cross print, cat print and wedge sneakers. Sadly, these style’s lives have come to an end, and in the ever changing world of fashion, some of the more favored styles of the era can be left behind.

With all the seemingly stringent rules and regulations associated with dressing oneself in a fashion forward way, it can be difficult to know what to put on in the morning. It’s important to remind oneself that one’s clothing choices shouldn’t be dictated by others. At the end of the day, it comes down to one’s personal style choices.

With regard to looking trendy, it’s easy to stay true to what’s considered “in” in fashion and simultaneously maintain a personal spin on one’s outfits. Simply mix in a couple of up to date trends, with one’s normal clothing, and it’s facile to fit the bill and still be unique.