Boys soccer gets ready to kick into regionals 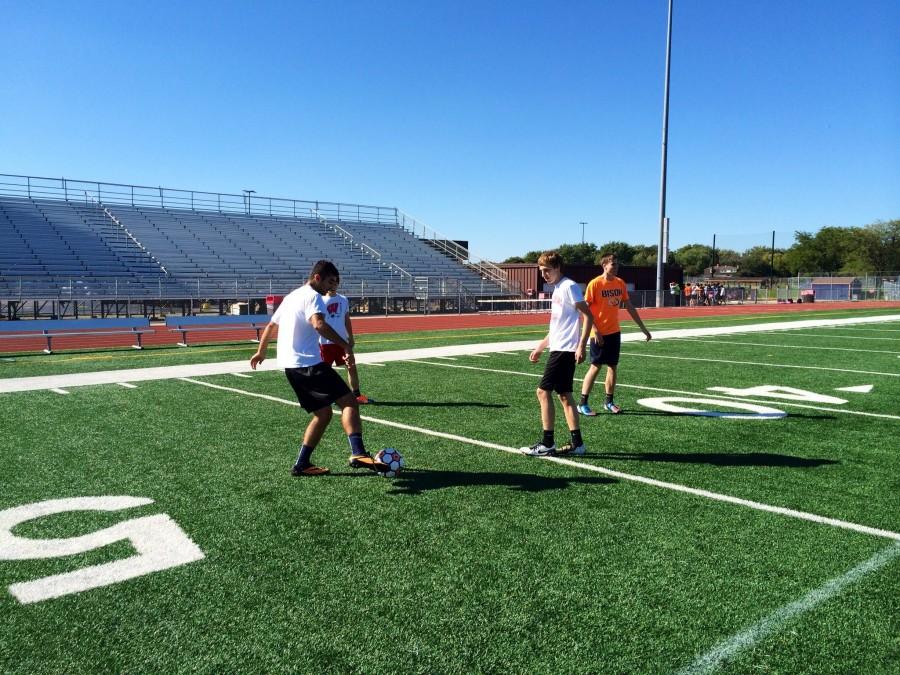 The varsity boys soccer team begins practice every day by going through a rigorous warm up consisting of small-sided games, sprints and touches on the ball. This warm up helps the team get their muscles ready to go when the intense training and skill work begin. At practices, head coach Richard Carlson has a few items that he makes sure the team focuses on.

“I want the kids to get used to playing with each other to learn to play better collectively than individually,” Carlson said. “They work on their foot skills and tactics.”

This year’s varsity team has focused goals which is what the program has been striving for year after year.

“We have three goals each year,” Carlson said. “We’d like to win the upcoming tournament, the MSL East conference Soccer Cup and a Regional. Certainly we’d like to win more than just a Regional, but that’s our first step.”

With these goals in mind, captain Ryan Drum mentions that although the defense was hurt a little by losing graduated seniors, the team has become even stronger with new players.

“This year we have more of an ability to play together,” Drum said. “We have better ball movement, more communication and stronger forwards.”

Additionally, Carlson believes that the three captains are another contributing factor in how the team of roughly 18 players works well together.

“Our three captains, Zack Masciopinto, Ryan Drum and Mike Collier, have some great soccer experience and are excellent players,” Carlson said. “They drive practices, and provide the energy and the direction the guys need.”

Masciopinto encourages people to come and support the team during their season.

“The games are pretty intense and constantly active,” Masciopinto said. “Having fans at the game makes playing more fun and it gives us an advantage when we are at home. “

The team is currently 5:6 in their conference. Drum can see the team improving upon their record as the season continues.

“I think we can do very well this season,” Drum said. “As the season progresses, we continue to have a good team chemistry.”