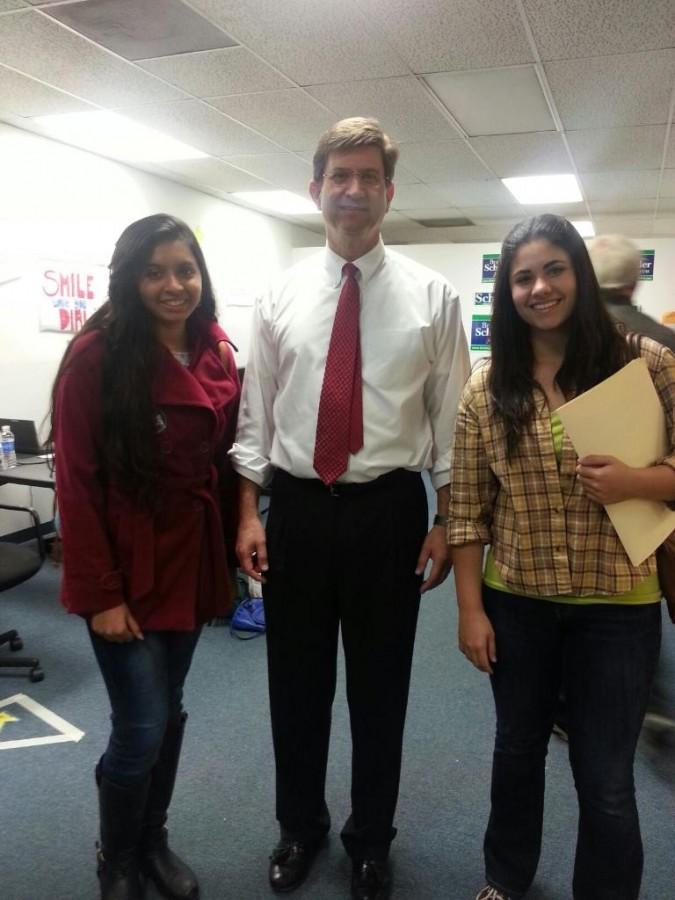 ndidates running for Congress, Brad Schneider and Robert Dold, visited BG’s AP Government classes to inform students about the upcoming elections and their plans to do as congressmen if elected. According to AP Government teacher Zach Crandall, the visit also related to what the students are currently learning in class.
“I wanted the students to be able to apply what they have learned in class to the real world,” Crandall said. “This way, the students can learn more about the things that we have discussed in class from the people that are actually in government and that are currently running to hold public office.”
Dold, a Republican, and Schneider, a Democrat are representatives of the tenth district of Illinois and both stressed ideas that were similar. Both focused on gridlock as a major problem in the United States, and wanted to raise the minimum wage. While Schneider has a stronger push towards the involvement of the citizens in the workforce, Dold focuses more on preserving the environment locally and nationally.
Both speakers were very interactive with the audience and were hoping to get students interested in each of their campaigns.
“Even though most students can’t vote, I would say that the way they interacted with the students helped their campaigns,” senior Matt Tobias said. “I feel that this really helped them by getting them more support and gaining more volunteers for their campaign.”
According to Crandall, one of his central goals is to get students actively involved in the job of being a good citizen. This is part of getting students engaged in the political process and aware of important issues in our nation. He hopes that Dold and Schneider have influenced his students to get involved in improving the country.
Some of the students who sat in on the visit are currently a part of the congressmen’s internships. Junior Miriam Ritter is working on an internship with Brad Schneider and is responsible for canvassing local neighborhoods and calling registered voters.
“I have done this internship due to my strong feelings about Schneider’s political views and I hope to learn more about the political process,” Ritter said.
According to Crandall, not only has Ritter taken advantage of this opportunity, but so have several other students in his AP US History and AP Government classes. These several students will have the opportunity to work in counting the votes at the election in November.
Ritter feels that this experience will have a very positive impact on her future.
“Not only will I will be gaining experience in a more serious campaign, but I will be building my resume,” Ritter said. “ I also think that volunteering for something you feel strongly about is a very good thing, especially while you are young.”
Overall, Dold and Schneider have left BG students with new knowledge of the government and more interest in how it works.
“These candidates visiting definitely made me more interested in our local and state government,” Tobias said.