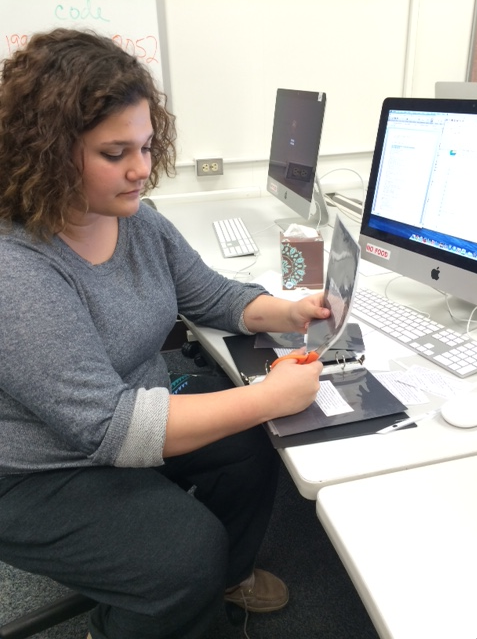 Feigler rehearsing her poem piece for a performance.

The Speech Debate and Acting team is looking to continue its success with a variety of new additions. The team has added new forms of debate as well as new coaching staff.
“We have brought in Congressional Debate this season, which now allows our school to offer three different forms of the sport,” SDA head coach Tracy Repa said. “This now allows separation between kids who are more focused on debate freedom from the other events in acting and speech.”
The new coaching staff come from many different backgrounds, including an actor who currently performs in Chicago, has a degree in directing collegiate plays and one who is a world traveler coach and alumni of BG.
According to Senior Nijole Laverd, the team has been very successful on a national level, placing 74 out of more than 1,000 teams in the United States, and was one of 28 teams to receive a national award. New students joining SDA have come from a wide variety of involvement.
“A lot of freshmen are involved in different activities,” Junior Michelle Feigler said. “We have one student who even plays on the football team.”
While the deduction of last year’s seniors has affected the team, they have learned to work off of the situation.
“This year’s seniors had some trouble in the beginning adjusting to the leadership change, but they have been coming along very well and are working on preparing new members for tournaments,” Repa said.