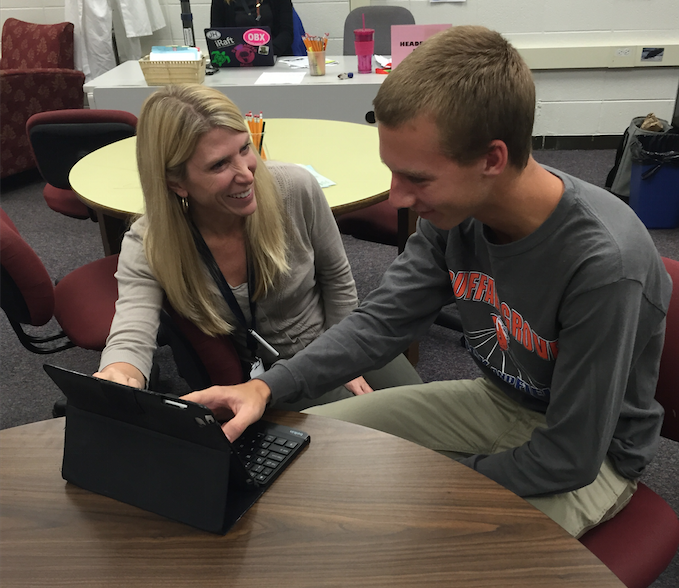 The word “hero” is defined by Oxford Dictionary as “a person who is admired or idealized for courage, outstanding achievements or noble qualities.” District 214’s Everyday Hero campaign aims to recognize staff members who possess these same characteristics within the community.

The campaign began last year as a way to recognize staff members who have gone above and beyond their classroom responsibilities.

This year, the district wants to take the campaign to a new level by offering the District 214 community the opportunity to nominate staff members through social media in order to make the recognition process more convenient.

New for this school year, District 214 community members are able to nominate staff by emailing       [email protected] or by tweeting #214Hero. Each month, one staff member that has been nominated will get a video to spotlight them and the everyday hero they are.

Aiming to add an additional twist to the nominations, the district is also partnering with Jersey Mikes. Every nominee for the campaign will be entered into a raffle, and one lucky winner will be awarded a Jersey Mikes’ gift card.

Last year, BG history teacher and Lit Lab adviser Heidi Haen was recognized as an “Everyday Hero” for her eagerness to push students to succeed outside of their comfort zones. She encouraged a former student to try tutoring in the Lit Lab and made a lasting impact, thus getting nominated by that individual to be an “Everyday Hero.”

“I think this campaign is great,” Haen said. “If we can

highlight our achievements, it is the noble thing to do.”

According to senior Andrew Kapinos, students seem to be having similar thoughts on the campaign

“I think this is a good idea because it motivates teachers to want to be somebody who is recognized,” Kapinos said. “In District 214 we have amazing faculty, and we can never say too many thank you’s.”

The campaign hopes to incorporate aids, custodial staff and other faculty members in addition to classroom  teachers. It also incorporates all District 214 high schools to direct attention where it isn’t normally directed.

“It’s important to showcase the impact that the little things we do everyday have,” Brooks said. “All educators collectively recognize that people are going the extra mile, and we want to publicly show community members what these individuals are doing.”