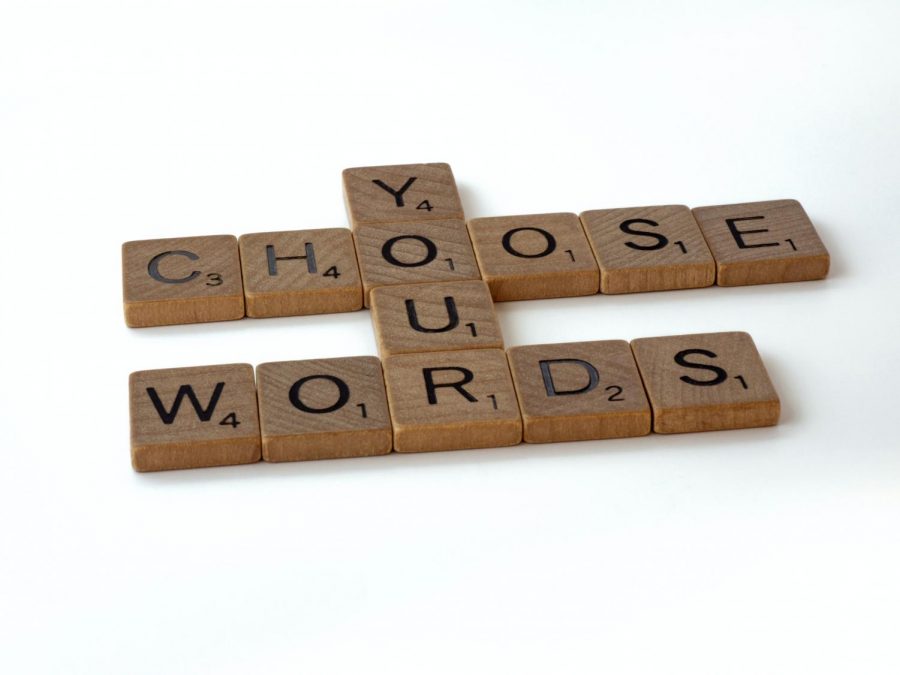 Photo by Brett Jordan on Unsplash

There are few names as notorious as Adolf Hitler’s. There is no name that leaves as many eyes flashing when praised, as many heads nodding when condemned. It is a name that is not just a name, but rather the signature of one of the most horrific genocides in history.

Hitler’s use of Nazi propaganda is well known, as it was a key part of how he rose to power. It served as a powerful drug, causing people to excuse and commit unspeakable acts. Germany was saturated with Nazi rhetoric, and the Hitler Youth manicured non-Jewish children into Nazis themselves. Hitler knew that controlling the youth was vital. In 1935, he told a rally that “he alone who owns the youth gains the future.”

Jan. 5th, Miller, a newly elected congresswoman, stood outside the Capitol on stage at the “Save the Republic” rally, an event hosted by Moms for America. In Miller’s speech, she told the crowd that congressional Democrats such as Alexandria Ocasio-Cortez, Ilhan Omar and Rashida Tlaib “don’t represent us or the millions of women across America.”

Miller then went on to talk about the importance of teaching subsequent generations, before finally paraphrasing Hitler’s words, all while one of the most recognized symbols of democratic government stood tall behind her. “Hitler was right on one thing. He said ‘Whoever has the youth has the future,’ Our children are being propagandised,” Miller said.

Reactions arrived fast and horrified after Miller’s comments were publicized on January 6th.

Illinois Governor J.B. Pritzker, who is Jewish, addressed Miller’s remarks during a media briefing the day they were publicized. “Let me be clear: Hitler got nothing right,” Pritzker said. “This reprehensible rhetoric has no place in our politics. Illinois Republicans cannot allow this to stand and must condemn this vile, evil streak in their party.

Condemn they did, as Hawthorn Woods Republican state Sen. Dan McConchie, the senate GOP leader-designate, expressed his disgust towards Miller’s words. “These nonsense comments are some of the most ridiculous I’ve ever heard from an elected official. Hitler was the epitome of evil. Period,” McConchie said.

Democratic congressman of Deerfield, Brad Schneider, who is Jewish, called Miller to apologize. “Rep. Mary Miller must apologize to her constituents and all who honor the memory of the millions murdered by Hitler and the Nazis.”

Auschwitz survivor Irene Weiss warned leaders in a statement from the U.S. Holocaust Memorial Museum to not misuse her history. “It minimizes the evil that was Nazism, dishonors the memory of the victims, and pains the survivors. We should be learning from history, not exploiting it,” Weiss said.

Miller did not come out with an apology immediately after the backlash. Instead, a statement from the congresswoman’s Twitter account, posted at 4:18 pm Wednesday clarified what Miller was trying to convey. “Congresswoman Miller’s Statement was a denunciation of evil dictators’ efforts to re-educate young people and similar efforts by left-wing radicals in our country today,” the tweet said.

But equating Hitler’s use of propaganda to efforts by left-wing radicals is an insidious notion. Hitler’s nature and actions cannot be downplayed through comparison.

Since the horrors of the Holocaust, the sum of everything from Neo-Nazis to Holocaust denial has never lifted from the backs of Jewish people in America. It is vital that the idea that Miller’s quote did not necessarily fall on moral ears is taken into serious consideration. It is easy to assume the best—or rather, the bare minimum—and it is easy to wave a hand and declare that the horrific nature of Hitler’s actions is universally agreed upon. Unfortunately, that is looking far too kindly on the people of today. Specifically, the people who were on the Capitol lawn, listening to Miller’s words.

Just a day after Miller’s speech, numerous antisemitic symbols were seen in the new crowd outside the Capitol according to scholar of American antisemitism Johnathan D. Sarna.

Among the symbols was a shirt that a man with long hair wore, reading “Camp Auschwitz” with a skull & crossbones and the camp’s motto “work brings freedom” below it. Another man was seen wearing a shirt with the acronym “6MWE,” a shorthand for the disturbing phrase “6 million wasn’t enough.”

“These and related images, captured on television and retweeted on social media, demonstrate that some of those who traveled to Washington to support President Donald Trump were engaged in much more than just a doomed effort to maintain their hero in power,” Sarna said.

That crowd, rife with antisemitic symbols and allusions, turned violent, storming the US Capitol.

Underestimating the number of people in Miller’s own crowd that held antisemitic beliefs out of one’s own moral revulsion is generous. But assuming that not one of those listening had their own antisemitic views validated and invigorated is dangerous.

Antisemitism took a more discreet form in those standing beside Miller. Georgia Representative Marjorie Taylor Greene, who also spoke at the event, is the first member of Congress to express belief in the QAnon conspiracy theory. QAnon weaves a complex narrative, but at its core, it states that a group of powerful people are aiming to take down former president Donald Trump, all while running a vicious international child sex trafficking ring.

The roots of QAnon can be traced back to much older antisemitic conspiracy theories. Visions of an all-powerful organization that puppeteers world events is a concept that mirrors the contents of the Protocols of the Elders of Zion, a false document that claims to expose a Jewish world-domination plot that, in actuality, only served as a way to bolster 20th century antisemitism.

QAnon believers often mark “Jews” with an (((echo))), a covert way of othering people that they perceive as intruders in the white race. The parentheses are also used around words such as “they” to indicate that one is actually talking about Jewish people, not just vaguely referencing some elite cabal.

On Jan. 8, three days after her initial remarks, Miller issued a formal apology. “I sincerely apologize for any harm my words caused and regret using a reference to one of the most evil dictators in history to illustrate the dangers that outside influences can have in our youth,” Miller said. “While some are trying to intentionally twist my words into something antithetical to my beliefs, let me be clear: I’m passionately pro-Israel and I will always be a strong advocate and ally of the Jewish community.”

The most important question isn’t whether Miller herself is antisemitic. Punishment is needed, but her actions are a sign of a larger problem. It must be asked what made Mary Miller so comfortable in using Hitler’s words. Why did she feel it was okay to paraphrase a quote from such a figure?

It is a quote that is not just a quote. They were first the words of a notorious man, and they are now a shameful symbol of the carelessness that the struggles of Jewish people are faced with.

It must be asked: when did dog whistles transform into trumpets, and why do so many still hear no sound?

The Charger • Copyright 2023 • FLEX WordPress Theme by SNO • Log in